The 20-year-old delivered an exceptional performance as Spain thrashed Costa Rica 7-0, making three key passes and completing 86 out of his 89 attempted passes as per SofaScore, and was involved in the build-up to a number of the goals.

Carragher, posting on his Twitter account just 15 minutes into the game, at which point Spain were 1-0 up, claimed that the midfielder was “the player of the tournament so far!” 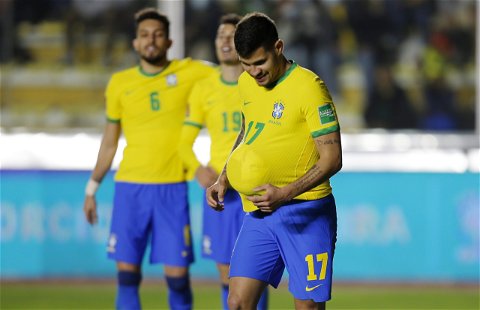 At that point in the match, the former Golden Boy winner had already dazzled with his superb technique and dribbling, and to such an impressive level that it was enough to impress the Liverpool legend within minutes.

The Barcelona star was previously compared to Andres Iniesta, and it’s easy to see why.

“He’s a brutal player, he plays naturally, without thinking, easy, he has fun, he’s eager and excited,” Iniesta previously claimed of Pedri, who even now wears the number eight shirt the World Cup winner made iconic for the Blaugrana.

Pedri’s rapid rise to stardom since his move to the Nou Camp from Las Palmas as a teenager has been remarkable, and his conquests on a global stage in Qatar will only help cement his status as a world-class midfielder.

With a tough game against Germany on the horizon, Pedri will have another chance to show the world why he is one of the best around and can help La Roja secure a place in the knockout stages with another win.