Celtic: Frank McAvennie expecting Hoops to bring in another striker

Former Hoops marksman Frank McAvennie has backed Celtic to bring in another striker.

It comes after the Hoops struggled to take a number of opportunities and dropped out of the Champions League.

According to UEFA, Ange Postecoglou’s side had the joint-12th-most attempts in the competition – more than the likes of PSG, Tottenham  Hotspur and Borussia Dortmund.

However, just 29 of their 82 shots were on target, with only two sides scoring less often than the Scottish champions, including rivals Rangers.

Kyogo Furuhashi failed to find the net, while centre-forward Giorgos Giakoumakis scored just once – and McAvennie believes that the club will be looking at finding that clinical edge in the transfer market.

He told Football Insider: “I think they are going to bring in a striker.

“Giakoumakis is missing a lot of chances, they have got to address that. The manager is not going to go into next season’s campaign and miss the amount of chances we have missed.

“No matter how much he likes the boys that are playing, the fans are all saying the same thing. Everyone likes Giakoumakis and Kyogo, but we need a decent striker. If that was the case, we would have been through.

“If they get a top striker in beside them, watching him train every day, someone who is a top goalscorer, it will be a benefit to Giakoumakis and Kyogo.”

Do Celtic need another striker? 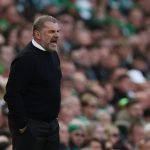 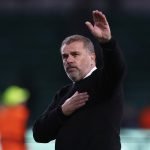 Both men’s conversion rates this season are below 30%, with the Greek striker’s at just 21% (as per BBC Sport).

Given the number of attempts ‘Ange-ball’ tends to create, their current tallies of 10 and 8 goals respectively this term could be significantly higher.

However, it remains to be seen if the club will decide to bring in another alternative to be more ruthless, although Bristol City’s Antoine Semenyo is one name that has been mentioned in the past.