The Liverpool forward suffered a serious calf injury back in October that ruled him out of the World Cup in Qatar.

Jota had to be stretchered off against Manchester City with journalist James Pearce taking to Twitter to say that the player’s ‘worst fears’ were realised after a scan.

Forget Bellingham: Liverpool to go all out to sign pending green light - pundit

Reds boss Jurgen Klopp, as quoted by The Athletic, said that the setback will keep the forward out for a ‘long time’ and Dinnery is unsure when the Portuguese attacker will return given previous injuries.

Speaking on The Redmen TV he said:

“The worry and concern with Diogo Jota is you’re not just looking at this latest injury in isolation, you’re looking at what’s happened before that.

“He picked up that hamstring problem early on in the summer and what we do know, what the research will tell us if you miss that pre-season programme, that cornerstone of your calendar year in terms of football, the reality is the more sessions you miss the higher the likelihood of you picking up another injury.

“So Diogo Jota is one of those players that will need to be managed very, very carefully because again he’s missed his chunk of a mini pre-season, another opportunity to help him cope physically with the demands of the Premier League during the second half.”

“Diogo Jota just because of what has happened over certainly the last six, seven months that’s a worry, that’s a concern and maybe you’re going to be looking to err on the side of caution.”

Do you expect Liverpool to spend in January? 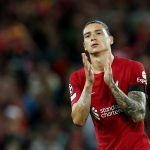 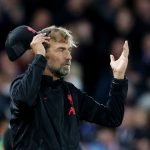 As the injury specialist pointed out, Jota came into the season with a hamstring issue that saw him miss the first five games of the campaign.

He has missed 43 matches so far since moving to Anfield which is a blow for Klopp considering his impact when he has been fit and available.

The 25-year-old has weighed in with five assists this term four of which have come in 179 minutes of action in the Champions League.

The 29-cap ace has only started four times this season but it seems as if his minutes will have to be managed even more meticulously following Dinnery’s concerns.