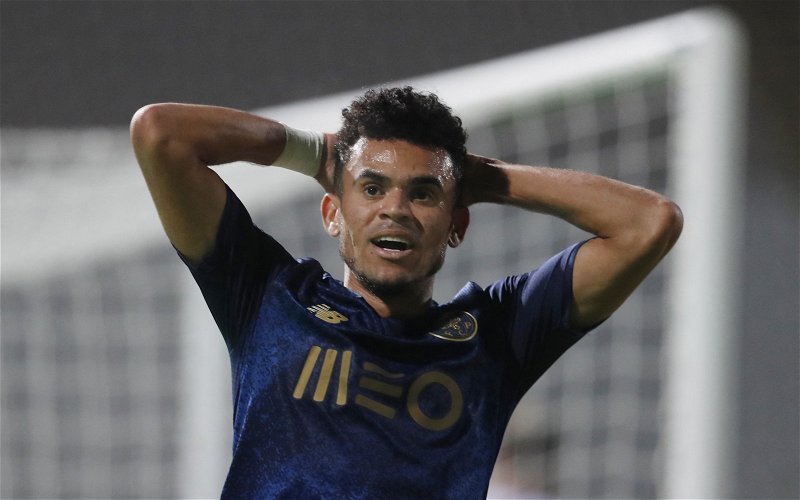 It’s fair to say the Colombian made a pretty impressive start to life in the Premier League when he arrived last January, scoring four goals and providing three assists in his first 13 games.

However, while he ended up at Liverpool for an initial fee of £37m, it seems as though the Reds weren’t the only one in for the former Porto winger.

Indeed, while speaking on his YouTube channel, Romano explained that West Ham were hopeful of landing the forward only for Jurgen Klopp to pull rank and get the deal done for Liverpool.

He explained (2:03): “On Luis Diaz were West Ham and, of course, Tottenham fighting for the Colombian player.

“Then Jurgen Klopp decided to push with the board to sign Luis Diaz immediately. And Liverpool changed the story in 48 hours for Luis Diaz – signing one of the best players in the Premier League right now.”

On top of those goals scored in the league for the Reds, Diaz also netted four goals and claimed an assist as Klopp’s men made the final of the Champions League.

With that in mind, it’s safe to say the winger has proven his quality since the move and he may well have been a great signing for the Hammers had they managed to get the deal across the line.

In the end, though, Liverpool came in with an offer too good to refuse and since then West Ham have signed attackers such as Lucas Paqueta, Maxwel Cornet, and Gianluca Scamacca for big money– showing their own ambition in the market.

So, while this deal didn’t work at, fans can at least be glad that the money was spent on other forwards and that their scouts had done a good job of identifying top talent in the form of Diaz.