Everton wide man Andros Townsend has praised the transfer business the club have completed this season, in spite of the sale of star forward Richarlison to Tottenham Hotspur.

The 31-year-old winger was speaking on talkSPORT on Monday morning, after the Toffees’ first Premier League victory of the season following a 1-0 victory over West Ham United at Goodison Park on Sunday.

Everton sold Richarlison to Spurs at the beginning of July, for a deal reported to be worth around £60m. 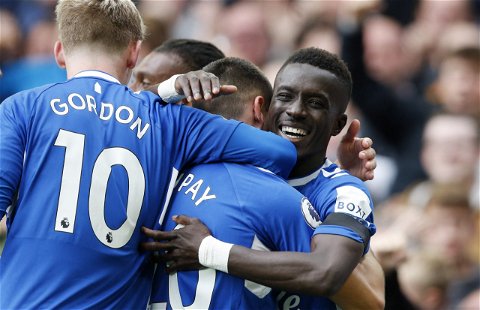 The Toffees responded by giving head coach Frank Lampard nine more additions to his squad at Goodison Park, including the additions of Belgium and Lille midfielder Amadou Onana for £33m, Brighton and Hove Albion striker Neal Maupay for £15m, and Paris Saint-Germain and Senegal midfielder Idrissa Gana Gueye for £2m.

And Townsend believes that despite losing the quality of Richarlison, the club have been able to add multiple players to the squad following his sale.

“Of course, any club would miss the quality of Richarlison and the quality he brings to the team,” the Everton winger told talkSPORT.

“You see now with Richarlison, if he starts for Spurs or comes on, he’ll chase for every ball.

“He’ll get the crowd up for it and I think we have that in Neal Maupay.

“We have that in Onana in midfield who’s been a great signing.

“Gana Gueye coming back in.

We believe that Townsend makes valid points, and although the Toffees have lost a top player in Richarlison, they have used the reported £60m deal in their favour and have added in areas that desperately needed strengthening in the squad.

Whilst the Brazilian is a big loss for Lampard’s side, we believe that with the money the club have received for his services, they have been able to make their side stronger than what it was last season.

Therefore, we believe that the club can look back on their transfer business this summer knowing that they made a success of the transfer window.