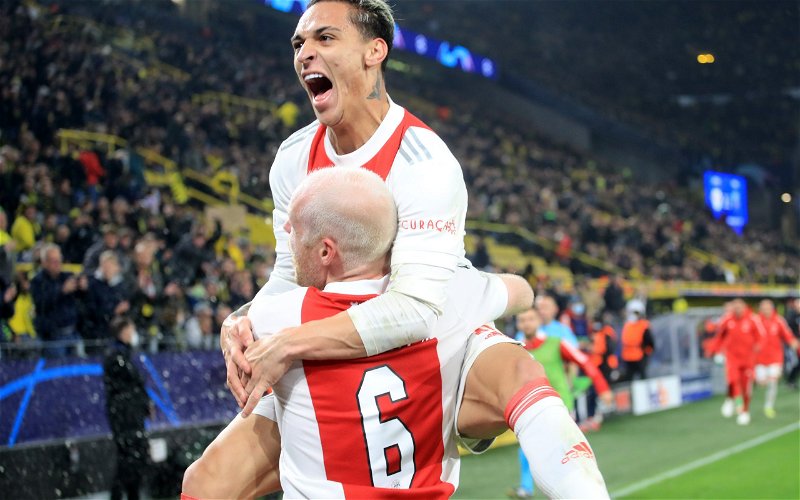 Transfer guru Fabrizio Romano has claimed Manchester United target Antony would love to play in the Premier League.
Throughout the summer, the Red Devils have been linked with a move for the Ajax man but his €80m (£67.1m) price tag could be a difficult factor to over come.
However, one thing that could work in the Premier League club’s favour is that Antony would love to join an English club as it’s his ‘dream’ to play in the top-flight.
While speaking on Que Golazo, Romano explained as much while adding that his agents are helping him push to get the deal sorted.
The journalist said: “At the moment, there is a big gap between Ajax’s valuation and the same for Man United. So we will see what happens in the next days.
“For sure the player with his agents, he’s still pushing to find a solution because the player would love to join the Premier League this summer. It’s a dream of Antony to join Premier League football. So the player and his agents are waiting to understand if Ajax will open up and sell him.” 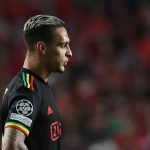 As Romano makes clear, Antony is certainly willing and keen to join the Red Devils – which makes for a change considering the supposed stance Frenkie de Jong has taken regarding his possible transfer.
Even so, as is mentioned in the quotes, that doesn’t necessarily mean Ajax will be willing to sell – especially with their valuation of the player not matching what United currently seem to be willing to bid.
As we head towards the final month of the transfer window, United certainly seem to be in the market for a new signing or two – amid the links to De Jong and Antony – but with nothing looking certain at this stage, they may really need to push the boat out to get a deal over the line.
With Ajax holding firm over the price tag, but Antony willing to move, the Red Devils may simply have to bite the bullet and splash the cash to finalise this transfer.
Give us feedback