Already this summer, the right-back has been tipped for a move to the Premier League club, and it seems as though he could well be completing a transfer to the Whites from Red Bull Salzburg.

Indeed, according to a report from Jeunes Footeux, the player will sign a long term deal with Leeds – while The Athletic have also confirmed that a move should be going through shortly. 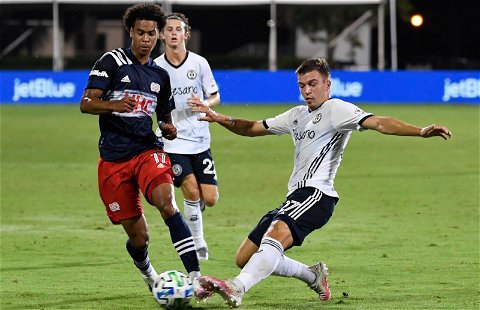 Reacting to this news, McGilligan said it was a ‘fantastic’ bit of business to sign the player to a five-year deal, as it means they should be able to retain his value in the coming seasons if any other club want to try and buy him.

“But the most important thing is it looks like it’s going to be a five-year deal, which… wow, I mean, great; that’s fantastic.

“That’s what Brenden Aaronson’s on and it gives Leeds a little bit of leeway. It means that if another club comes in for Rasmus within his time as well, it essentially states that, you know, you’re going to have to pay over the odds. And it’s great that we’re giving these players these contracts. 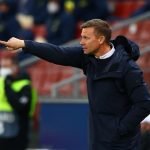 As McGilligan alludes to, Aaronson arrived from RB Salzburg on a five-year contract, running until the summer of 2027. If Leeds can pull off a similar deal for Kristensen, they would have made a couple of major long-term investments to the squad already in the early stages of the summer.

Having players tied down to contracts is key when it comes to negotiations. For instance, the club will have to likely consider selling key midfielder Kalvin Phillips in the coming months as his deal runs out in 2024, which could cause his transfer market valuation ‘to plummet’.

With all that in mind, it’s easy to see why McGilligan is so delighted to see his club handing out five-year contracts to players that can potentially improve the Leeds squad over the next few seasons.