Hector Bellerin will have to take a significant pay cut if he is to complete a permanent move from Arsenal to Real Betis.

That has been made apparent by Goal’s Arsenal correspondent Charles Watts, who has been speaking on his YouTube channel about all the incomings and outgoings at the Emirates Stadium.

The right-back admitted in the past that he felt homesick towards the end of last season and regularly spoke with manager Mikel Arteta in an attempt to find a move back to Spain. 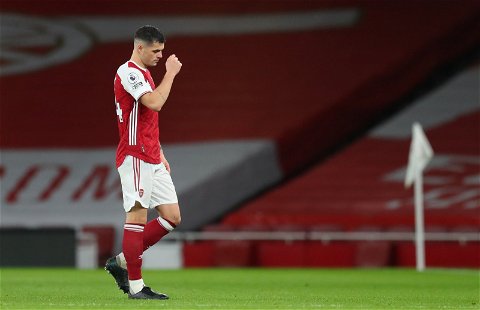 He eventually took a pay cut to seal a switch to Betis last summer and insisted it was special to win the Copa del Rey at the club his father is a fan of.

It has been said that the 27-year-old wishes to continue in Andalucia beyond this season despite having one year left on his Arsenal contract, while 90min reported back in May that a deal is likely.

However, Watts has stressed that personal terms could be an issue.

He said: “I’m told from people close to this deal that Bellerin was on about £4m [a year] with Arsenal.

“He basically accepted about £1m to make that move to Betis last summer, and Betis, although they want Bellerin to return, have made it very, very clear that he’s going to have to take a very big pay cut on a permanent basis to make this deal happen.”

TIF Thoughts on Bellerin and Arsenal…

The arrival of Takehiro Tomiyasu last summer gave a strong indication that Arteta sees the Japan international as his first-choice right-back going forward.

Bellerin arrived in north London back in 2011 but has made just 59 league appearances for the club since the start of the 2018/19 season and after being called an “unbelievable servant” by club icon Ian Wright, the time may be now for the Gunners to move on, although his £110k-per-week wages may be a problem for potential buyers.