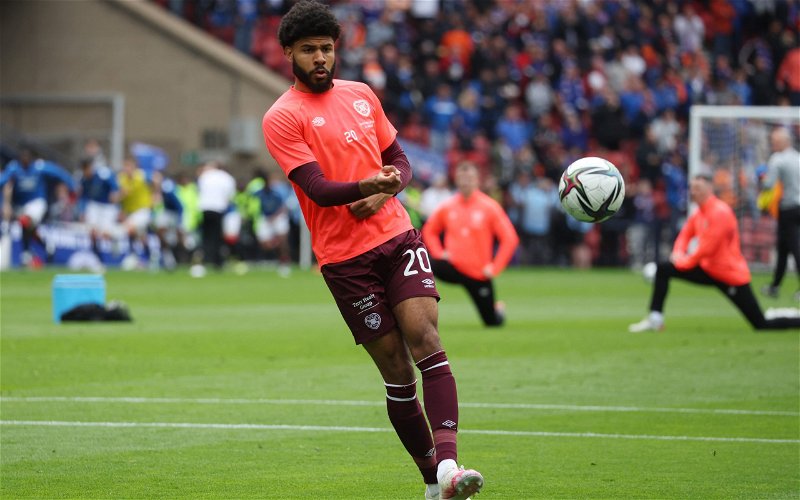 The 21-year-old spent the second half of the season on loan at Hearts and appeared against the Gers in the Scottish Cup final, playing the full 120 minutes.

He scored seven goals in 21 games for the Edinburgh club and has been identified by Miller to lead the line at Ibrox. 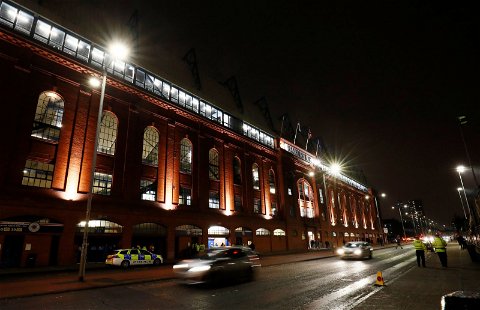 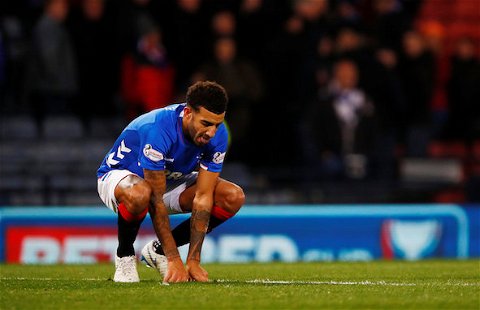 Giovanni van Bronckhorst was left without a recognised striker towards the end of the season with Kemar Roofe joining the talismanic Alfredo Morelos on the injury table.

The Colombian first-choice frontman underwent thigh surgery, and with just one year left on his current contract, his future remains uncertain. However, Miller is confident that Simms could fill the role should he depart.

Miller said, via the Daily Record: “The one player in Scotland I’d look at for Rangers is Simms.

“I really like the look of him. When you see the trouble Rangers had with strikers towards the end of the season, it’s something I’d consider.

“When you look at what he could bring and the way he plays, he might be as close to a Morelos as you’re going to get.

“He’s not Alfredo Morelos, let’s make that clear. He would have a lot to prove before you put him in that bracket.

“But the physicality he’s got, the running power and the quality of goals he’s scored in that short period at Hearts – he’s someone I think could be interesting.

“At the age he’s at, playing in that Rangers team – I think he could score goals.”

The youngster’s only senior appearance at Everton came back in December, and as long as Dominic Calvert-Lewin and Richarlison are at Goodison Park, he would surely be surplus to requirements.

At 6ft 3in, his strength and size would certainly be useful at Ibrox, and the Oldham-born sharpshooter has demonstrated his ability in front of goal wherever he has been – none so more than at Blackpool during a loan spell last term, where he scored 10 goals to help fire the Lancashire club to the English Championship.

Valued at £270k by Transfermarkt, he would perhaps be within Rangers’ price range should they look to move on from Morelos by recruiting Simms.