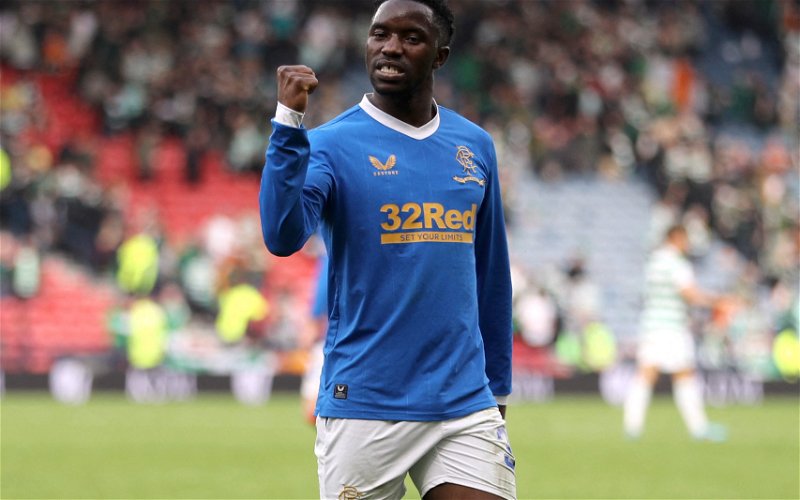 Rangers booked themselves a ticket to the Europa League final after beating the German side 3-1, winning 3-2 on aggregate over the two legs. However, despite the good performance from the team, not everyone shone for the Gers at the Ibrox.

James Tavernier shone for the side as he grabbed the first goal, making him the top scorer of the competition while holding the record for scoring the opening goals in all of Ranger’s home legs of the tournament in the knockout stages. Midfielder Sakala on the other hand was criticised for his performance or lack of one as he came off the bench to help see out the game.

Journalist Barrie took to Twitter during the game to vent his frustration with the player’s performance and his movement on the pitch. He wrote, “Sakala’s lack of movement at times is perplexing, needs to be far more active”.

Sakala has played well, for the most part, this season, racking up 10 goals and two assists in all competitions while averaging 1.8 shots, 0.9 key passes, and 1.3 dribbles with 76.8% pass accuracy (Whoscored).

However, his criticism for his performance in the semi-final is justified when you look at Sofascore. He didn’t manage a single shot on target as well as only one dribble attempt. He only had 13 touches of the ball with no key passes and only two of his five ground duels won. Sakala also lost the ball once while committing two fouls and was caught offside three times in one half, showing his lack of movement perfectly.

Playing in a big game like a European semi-final could have gotten to the player’s head and could be the reasoning behind the lacklustre performance but he will need to have a far better outing in the final if he wants to help his team lift silverware this season.