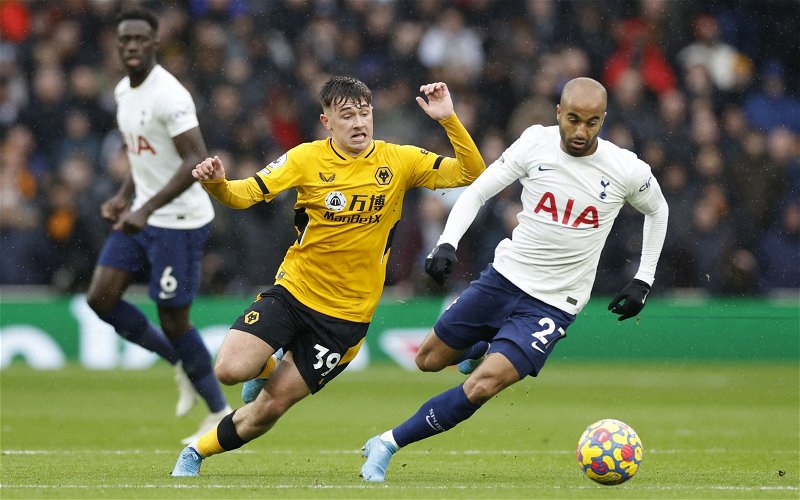 Wolverhampton Wanderers academy prospect Luke Cundle shone in their recent U23s Premier League Cup semi-final win against Middlesborough, scoring a wonderfully taken goal that fans of the club will love as he tries to break into the first team.

The midlands club find themselves in the PL Cup final after their impressive 3-2 win over Middlesborough which sees them face fellow midlands rivals West Bromich Albion in the final.

Cundle took control of the game with his two goals that saw them breeze to the final despite the late goal from the visitors in the final minute of the game.

He has already managed to appear three times this season under Bruno Lage, making his debut off the bench during Wolves’ 3-1 win over Southampton while his first senior start came just weeks after as they managed an impressive 2-0 win against Spurs at the Tottenham Hotspur Stadium.

Since footage of Cundle’s second and match deciding goal will have Wolves fans reeling with happiness as the youngster fights his way into more regular game time with the first team. The video shows Cundle jumping onto a loose ball in the opposition box after the Middlesborough goalkeeper saves the initial shot, he proceeds to smartly fake out the keeper and takes the ball around him to cooly finish with an open goal in front of him.

Despite only appearing three times this season for the senior team he was impressive during this time, with manager Bruno Lage stating after his performance against Spurs, “Today he was very good but now for Luke, it’s about continuing to train, work hard and the most important thing is the confidence he can give to us”.

During these three appearances, he racked up an impressive 1.5 long balls with 94.9% pass accuracy as well as 0.5  key passes and one tackle per game (WhoScored). But it’s for the U23s where he has shone, scoring five goals and grabbing three assists in his 15 appearances.

There have been a lot of rumours around the potential departures of midfielders Ruben Neves and Leander Dendoncker (Italian reports, via Inside Futbol) in the summer, while Cundle might not be at the level to directly replace them right now there’s no reason why he cannot get to that point with some more first-team experience and game time under Lage. Wolves fans should be excited about his future.