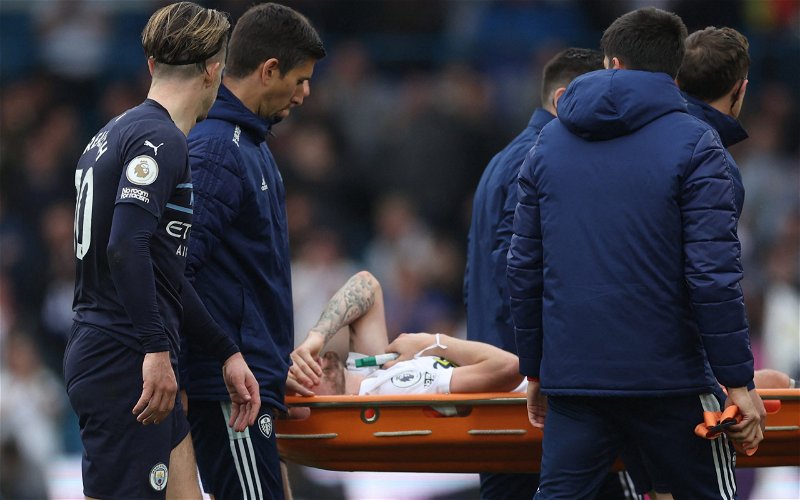 Leeds United captain Liam Cooper has labelled Stuart Dallas a “legend” after the Northern Ireland international took to Twitter to update his followers on his injury.

Dallas, of course, suffered a broken leg during the 4-0 defeat to Manchester City in the Premier League last Saturday. It is not known exactly how long he will be out for, but it will be a long road to recovery. The 31-year-old took to Twitter to update his followers on his situation, which included a photo of him in hospital.

Cooper was quick to respond to Dallas’ post, calling him a “Legend”.

It is a bitter blow to Jesse Marsch to have Dallas out for the rest of the season, especially as the Whites sit so perilously close to the bottom three. Incredibly, the trip to Arsenal this weekend will be the first league match he has missed since April 7th 2020, when Leeds were still in the Championship.

Will Leeds stay up?

Breaking a femur is not an easy injury to recover from – Dallas could be out of action for over a year. What Leeds’ first team will look like then remains to be seen, and the full-back can only hope he will able to slot back into the side when he is once again fit. In the short term, Marsch needs to find a way to replace one of the most important members of his starting XI.