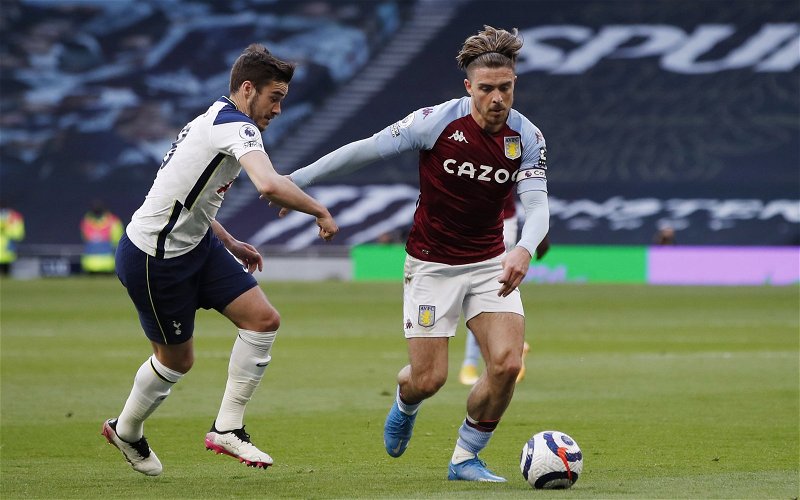 Gabriel Agbonlahor has said live on TalkSport that he can see Jack Grealish making a return to his boyhood club at some stage in his career.

The former Villa forward was speaking ahead of Grealish’s upcoming game at the weekend against his former side, with the Premier League title at stake for Pep Guardiola’s men.

Do you see Grealish returning at some stage? 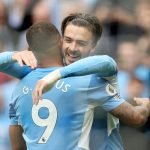 The 26-year-old departed Villa Park in the summer for Manchester City in a deal which included a record fee for a British player, with Villa receiving £100m for the midfielder.

However, he has had his struggles at the Etihad Stadium, with just six goal involvements in the top flight to show for his first season under Guardiola.

Nevertheless, Agbonlahor believes at some point in his career, Grealish will return to his former side much like how Ashley Young has done so this season.

He said: “I don’t think they’ll mind [Villa fans seeing Grealish on Sunday]. I think that a lot more Villa fans are ok with the idea.

“At first, a lot of them were hurt – one of their best players has left and obviously you’re disappointed. But from social media now, you see a lot that if Jack Grealish wanted to come back tomorrow, you know, they’d take him with open arms.

“And I do actually believe one day he will come back and play for Aston Villa, similar to what Ashley Young done.”

We would not be shocked to see Grealish make a return to Villa Park in the years to come, however, we do feel there is very little chance of this happening on this side of his 30th birthday.

If Grealish is to return, it would probably be in a similar fashion to how Gareth Bale returned to Tottenham Hotspur last season – with a few extra years in his legs and with a contract issue going on at Real Madrid.

Saying that, if Villa were to make huge strides in the upcoming years and Grealish was unable to reach his standards previously set at the club, who knows where his future may lie.