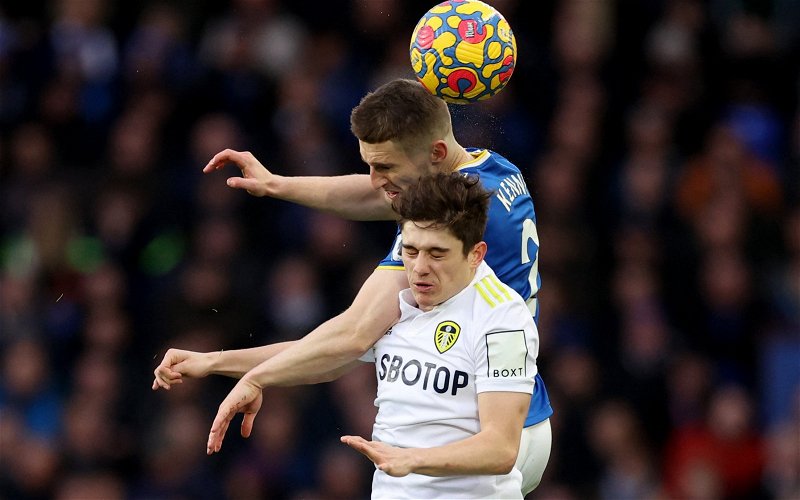 James has been a regular in the Leeds United side this season since signing in the summer. He has made 31 appearances in the Premier League, whilst showing his versatility playing up front, as well as on either wing on several occasions.

The Welshman was slammed for his display against Crystal Palace, with Beren Cross describing his performance as “another hour chasing shadows”.

Despite the poor display from James on Monday night, Robinson highlighted to MOT Leeds News that it seems clear that he will remain in Jesse Marsch’s lineup for Saturday’s clash against Manchester City.

He said: “With Patrick Bamford out again, it’s clear that Dan James plays up front and Rodrigo plays in the middle.

“Marsch is very limited with what personnel he’s got at the moment so he can’t make a lot of chances.”

James has had a mixed bag in terms of stats this season for Leeds United in the Premier League, as he has the joint second-most goal contributions (8) and the third-highest amount of big chances created (5), but he is rated just 17th in terms of highest average match rating (6.72), as per SofaScore.

Due to Patrick Bamford’s injury problems this season, Leeds’s only other natural striker is Joe Gelhardt, and he is just 19 years old, so it could be deemed too big an ask to put the pressure on his shoulders.

Bamford was crucial for the Whites last season as he scored 17 goals in the Premier League, which was instrumental to Leeds finishing in the top half of the table. James has had to try and fill the boots of the English forward this season, but it was always going to be a tough task as a natural winger.