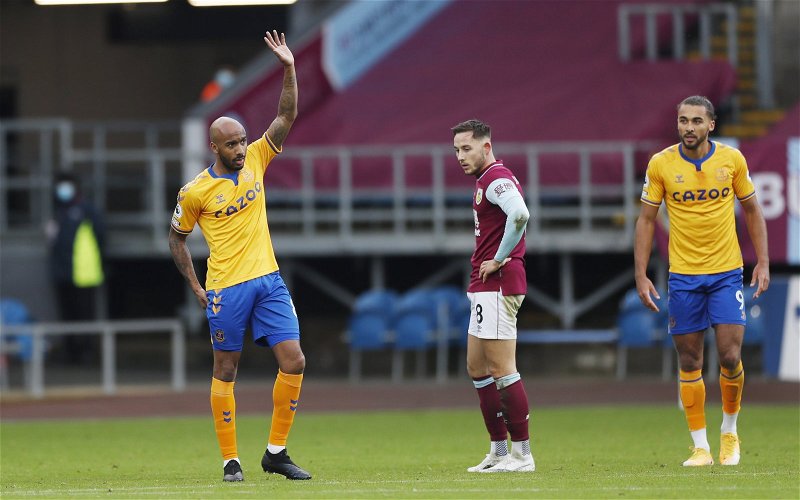 Frank Lampard may opt to play Abdoulaye Doucoure in the holding midfield role after Allan was suspended and will miss the next two Premier League games.

That is according to journalist Pete O’Rourke, who spoke to This Is Futbol after there were question marks over who would replace the Brazilian midfielder in the middle of the park.

Delph has been out of action since December, with his last fixture coming against Crystal Palace away from home when the Toffees lost 3-1. And, he looks set to miss out after Frank Lampard confirmed he’s a week or so away.

The 32-year-old only featured six times in the Premier League for Everton before his injury, with just three of those appearances coming from the start, but he has not been fully fit as of yet under new manager Frank Lampard, so may have a better chance of getting some first-team minutes.

Although, it seems as if there may be another potential replacement for Allan as Pete O’Rourke believes that Delph could be the man to fill the Brazilian’s boots during his absence from the side, though Abdoulaye Doucoure could also be an option for Lampard.

He said: “Probably Fabian Delph might come into it, unless he decides to drop Doucoure into a defensive midfield role as well.”

Doucoure has only played in a more defensive role in seven out of the 24 games he has appeared in so far this season, so he won’t be unfamiliar should he be asked to but he been influential in attacking areas at times having produced an impressive two goals and four assists for the Toffees.

West Ham have the likes of Fornals, Said Benrahma and Manuel Lanzini buzzing around in central areas at times, so perhaps sticking Doucoure in there as an enforced will help snuff out any problems. Although, his main strengths tend to be in the final third, according to WhoScored, with through balls named as a strength.