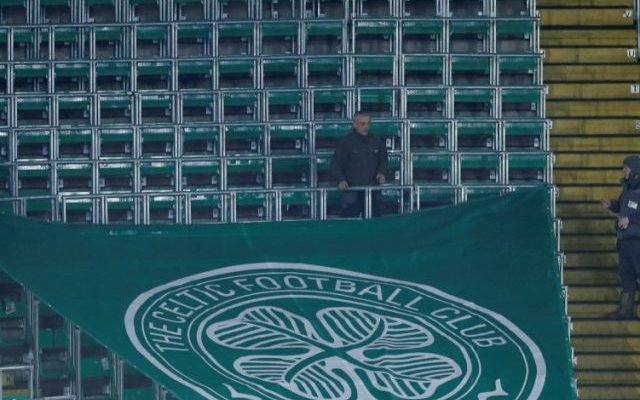 Celtic youngster Dane Murray has enjoyed an impressive season with Celtic B, which has seen him appear for the first team several times, has picked up an injury that could hinder his breakout season with the Hoops B side.

During Celtic B’s game with Dalbeattie Star, in which they won 4-2, the 18-year-old picked up a worrying injury after jarring his leg into the ground. Thankfully no stretcher was needed but Murray had noticeable trouble putting weight onto the leg as he came off.

This injury will surely concern fans as Murray looked set to fight for a place in the first team next season after his performances in the Champions League qualification round manager were hailed as ‘outstanding’ by boss Ange Postecoglou.

After their draw at home with FC Midtjylland, the Greek-Austrian manager stated, “the important thing for me was the reaction from the players. I thought the two young centre-halves Dane and Welsh, in a Champions League fixture, were outstanding.

“I thought we gave away some unnecessary fouls. They only got into our box a couple of times and in that sense defensively we did a great job”.

As well as being a blow for the first team, Celtic B manager Tommy McIntyre will miss the teenager with his side enjoying a stellar 21/22 campaign. They currently sit second in the Lowland League and boast the second-best goals-against record in the league, just two behind league leaders Bonnyrigg Rose.

While the injury is certainly a blow for Murray and his season as a whole, initial reports say it is uncertain how serious the injury is, and walking off the pitch shows promising signs for Murray. He is still very young so even a middling injury should not impede his development into a starting calibre defender for the Scottish outfit.

In his two first-team appearances this season Murray has looked every bit capable of hitting these heights. During his 165 minutes, he has achieved 75% of his tackles, won 15 duels and completed nine clearances as well as seven interceptions, as per Celticfc.com.

His defensive capabilities are not the only impressive feature of his game, however. Murray also plays well with the ball at his feet and has shown signs he can control the game from the back. He has accomplished 118 short passes and five successful long passes with a notable 82% completion rate in those two first-team appearances.

While fans still await further news on Murray’s status, they can be sure that with enough recovery time he can become a permanent fixture under Postecoglou and can become one of the best young centre-backs in the Scottish Premier League.