Arsenal: Images emerge of big VAR decisions against the Gunners

Arsenal made a huge stride forward in the race for the top four on Wednesday night with three massive points away from home.

However, fans may feel their 4-2 victory could have been made easier on a number of occasions, with Mason Mount potentially fortunate to remain on the pitch.

Should Mount have been sent off? 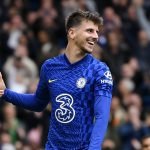 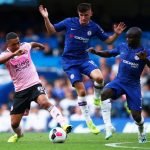 The Gunners earned all three points with an impressive display at Stamford Bridge, but there may also be some relief neither Nuno Tavares nor Cedric Soares picked up injuries as a result of Mount’s careless challenges.

Images have emerged on Twitter showing the Chelsea man landing two high-footed challenges on the Arsenal players with the latter – on Cedric – seeing him awarded a yellow card.

The tackle on Tavares was certainly reckless with Mount’s foot high and late, but the challenge on Cedric could’ve certainly done some damage with the midfielder’s weight coming down on Cedric’s ankle.

We absolutely feel there was evidence for Mount facing more severe punishment, which does make us surprised that the VAR did not intervene and suggest the referee had a look on his monitor.

Not only do we think there are grounds for a straight red card in these challenges, but there is also certainly a case for Mount at least being shown a yellow card for each incident.

Although this will be an obvious frustration for Arsenal fans, they may take some joy in knowing how quiet the in-form Chelsea man was kept throughout the game.

Mount wasn’t able to register a shot on target and was dispossessed 17 times as the Gunners closed the gap on Tottenham Hotspur in fourth spot.

In other news: ‘The expectation has always been…’ – Romano reveals behind-scenes ‘meeting’ planned at Arsenal