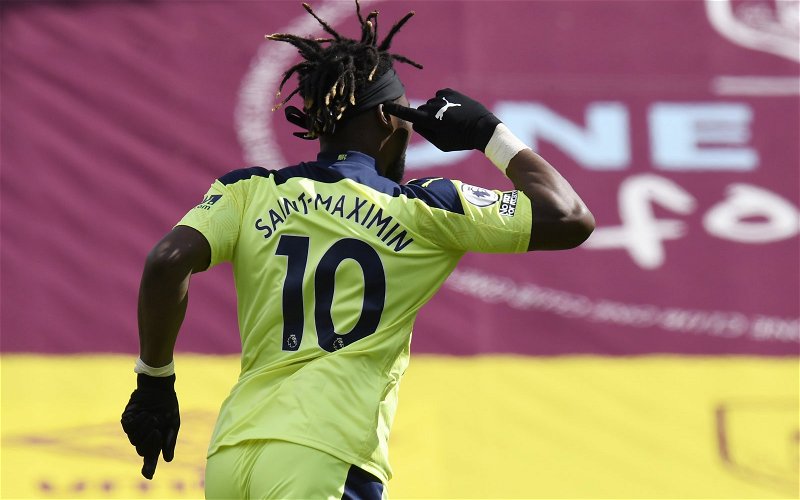 Is Saint-Maximin too good for Newcastle? 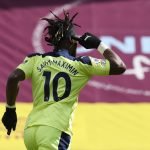 While Kieran Trippier stole the show with his stunning free-kick to seal all three points, it was their silky winger who put in a lot of the hard yards and impressed pundits such as Richards with his superb dribbling skills and ability to utilise the ball in so many different scenarios.

Speaking on Match of the Day, Richards was left in awe by what Saint-Maximin can do on the ball and praised how he’s upped his game this season.

“He’s so hard to mark, because you think, okay, if I show him wide, he’ll go down the outside, like he did for the goal. If you show him outside, he’ll come inside and get shots off. He can get it in tight areas, turn, brush someone off and then use his acceleration and his pace. For his progression in his game, he’s just gone to the next level.”

It’s no surprise that Richards was blown away and struggling to explain how you can describe Saint-Maximin, as he’s both attempted and completed the highest number of dribbles in the league this season, and it was no different against Everton, as he attempted 10 dribbles, completing eight of them. The next closest to him were Dele Alli and Joe Willock with four and three respectively. He also won a whopping 14/22 ground duels.

This season, Saint-Maximin really has taken his game to another level as he’s currently enjoying his best season in England in terms of goal output, which will stand him in good stead moving forward, and hopefully assure him of his place in Newcastle’s team moving forward under their new ambitious owners.

In other news: ‘Fantastic’ – SJP figure sends message that Newcastle fans will love