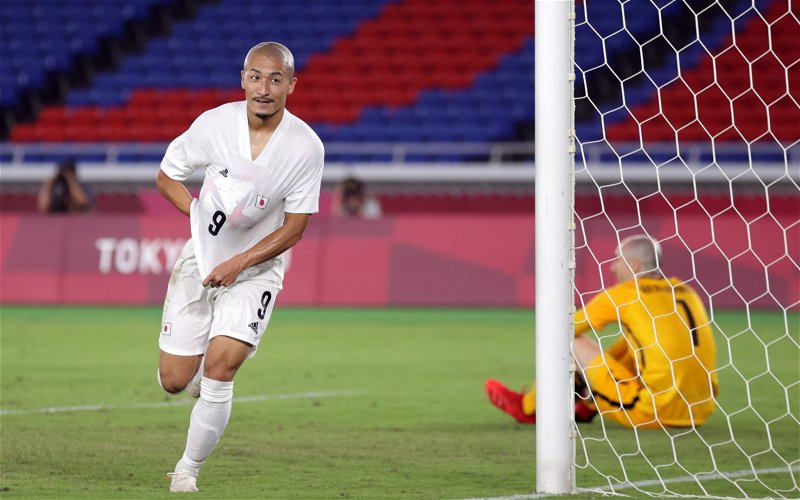 Celtic recently pulled off a huge triple signing from the J League, bringing in Daizen Maeda, Yosuke Ideguchi and Reo Hatate. Then the media team go into overdrive with content around the new additions to treat supporters.

The club published their first interview with Maeda and the forward has the fans in love already. The Japanese international doesn’t speak English yet, so had a translator for his short answers, something that the fans enjoyed.

Maeda is linking up with Ange Postecoglou for the second time in his career, so hopefully that will help his transition to Scottish football, allowing him to hit the ground running immediately the Hoops will be hoping.

What the Celtic fans said

“A slightly amusing edit, but decent interaction for this early stage. I like how he reckoned he needed to do better than Kyogo! 10/10 for determination.” @BagginsDoosh

“Answers shorter than the questions. Love this guy right off!” @celticsooner

“I love this guy so much already.” @DeadByDylan

While playing in the J League, Maeda has a remarkable 2021 record. He has taken to the field on 36 occasions and has managed to score 23 times. He has also managed to set five goals up for his team mates as well.

He’ll be hoping to have a similar impact to the first J League signing at the start of the season, Kyogo Furuhashi. He has 16 goals in his 26 Celtic games so far, including five assists.

Furuhashi was also the League Cup hero, bagging a brace in the final to see his side to a 2-1 win to clinch the silverware.

In other news, can you get full marks on our quiz on former academy players at Celtic?