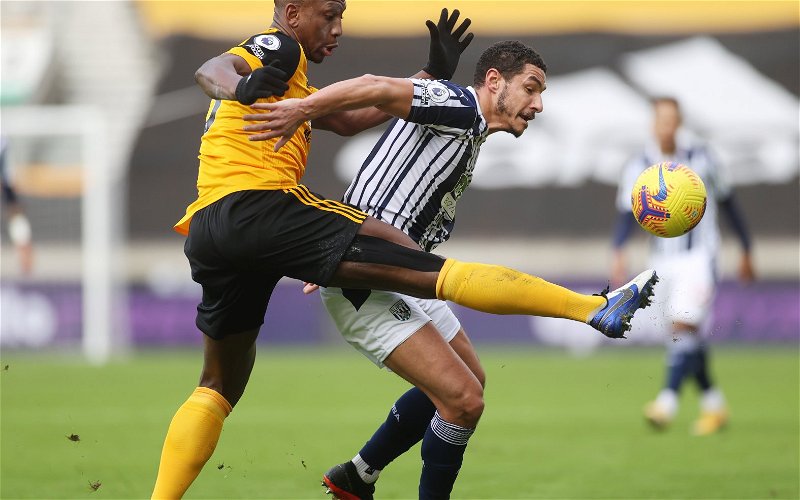 Wolves journalist Liam Keen has been discussing Willy Boly and his return from injury.

Having once been a pretty prominent member of the Wolves side, only missing five games of the 2018/19 season (three of which were through suspension), the 30-year-old has had some terrible luck recently when it comes to staying fit.

The last few seasons have seen him miss a whole host of games due to his lack of fitness as well as some health issues, with his last appearance for the club coming in their Carabao Cup tie against Spurs back in September.

Speaking on the latest edition of the E&S Wolves podcast, Keen discussed Boly’s return from injury and when he might be back playing once again, hinting that he doesn’t think the Ivorian will get a game for the club between now and the end of the season.

He said: “It doesn’t look good, does it? He’s had illness, hamstring injuries, calf injuries. He’s played once this season in the Carabao Cup and wasn’t particularly good. I’d bank on him getting back into the squad at some point, depending on how long his injury takes to heal.

“But I wouldn’t bank on him playing, genuinely, I think even at the times he’s been on the bench this season, he’s not been 100%, hence why he’s not played, not looking great. I think we’ll see him in a Wolves shirt again, I think he’ll be here next season, but not sure about this season.”

Keen’s assessment of the situation isn’t the greatest when it comes to Boly, painting something of a really damning picture when it comes to his usefulness to Wolves, both in terms of his playing ability as well as his availability.

But whilst the journalist thinks that he might be at the club next season, the reality is that this summer is actually the perfect time for Wolves to sell him on.

He’s in a contract that is into its final 18 months, which will be 12 months come the end of the season, so that might be an ideal opportunity for the club to sell him on, take whatever they can for him and then reinvest that money into someone who can be more reliable moving forward.

In other news: ‘I’m quite intrigued’ – Azzopardi shocked after confirmed Wolves decision