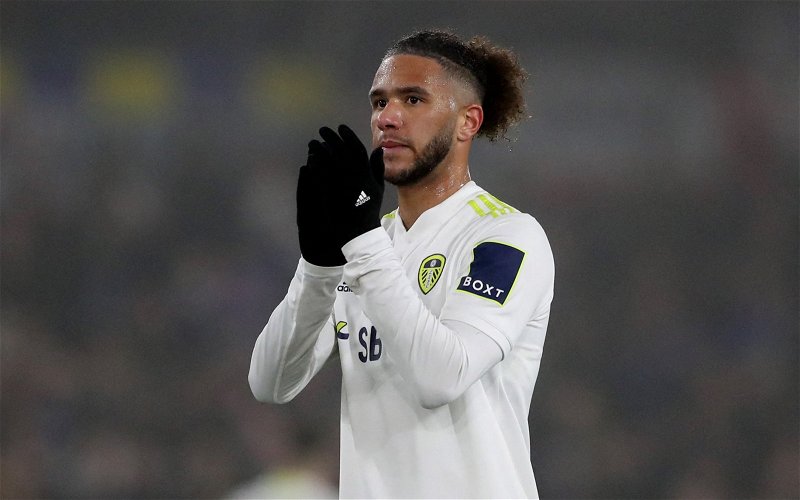 He missed a ‘sitter‘ early on in the game when the scores were level at 0-0, much to the frustration of his fans. In such a crucial game, you can’t afford to make errors at any time as they can come back and prove costly.

Roberts picked up an early innocuous booking on top of his miss. His afternoon was then ended on the hour mark as he was forced to make way through injury.

The scoring was opened in the first half by Jack Harrison after he capitalised on a mistake by James Tarkowski to turn the ball home on the second time of asking, but Maxwell Cornet levelled for the visitors. Stuart Dallas was the hero, securing the three points with his strike when there was just over 10 minutes to go.

Although it has the feel of the type of result you look back on at the end of the season and think, yeah, that was the difference in surviving, the Leeds fans were still unhappy with Roberts in particular.

The Whites fans took to Twitter to convey their anger at the Wales international.

What the Leeds fans said about Tyler Roberts

“This is an entirely different team without Bamford. I don’t know if I can stomach Tyler Roberts anymore.” @ITweetDinners

“Tyler Roberts has the football capacity and IQ of a squirrel. This man should not be earning a living playing football. Atrocious player.” @saintlonny

“Tyler Roberts had to do better there, huge chance. He’s played well today so far too up top, but my word he has to get that on net.” @Nick28T

“Is Tyler Roberts a real footballer or what? Surely he’s just someone having a laugh. Guy’s a joke.” @LeeHoldsworth01

Evidently, Roberts is far from flavour of the month in the hearts of Leeds fans, who we’re sure will be even more desperate to see Patrick Bamford back in the side as soon as possible.

When you look at the return, it’s no surprise the Leeds fans are acting like they are. In his 22 first team appearances this season, he can only boast one goal and one assist.