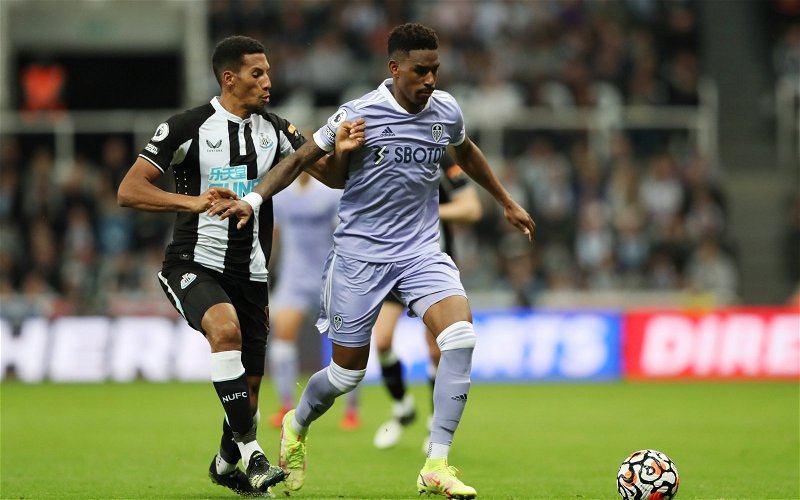 Marcelo Bielsa’s side left it late to overcome Burnley, with the scoreline ultimately painting the game to be more comfortable than it was.

Jack Harrison put the hosts ahead before Maxwell Cornet equalised. Leeds then scored twice in the final 13 minutes through Stuart Dallas and Dan James to finally see off relegation threatened Burnley.

No clean sheet and no goal involvement for Firpo today, but the Leeds fans were still delighted with his performance.

What the Leeds fans said about Firpo

“Perhaps Marcelo Bielsa knows something about football after all. Firpo has been great lately.” @HarrisonN17

“Firpo for me [MOTM]. From how he’s played that game today, different animal.” @JordanRipley

“What a game and atmosphere. Firpo’s best game yet. Let’s build on this now. We can survive this easily if that is the standard of our opposition.” @CameronTrident

“Junior Firpo has been outstanding today. He hasn’t put a foot wrong all game. He’s stepped up when it matters. #lufc.” @hank_lufc

He was impressive defensively for Leeds, winning seven from his nine ground duels, that’s just under 80%. A very solid return and a vital one in a hard fought win.

The three points were massive for Leeds who stretched their gap from Burnley and relegation to eight points.

It was the perfect start to 2022 for Leeds, and it wouldn’t be a surprise to be looking back on this result in a few months as the turning point for Leeds’ season. They finally have some breathing space and with that, potentially some freedom.

In other news, Bielsa decision slammed by Leeds fans