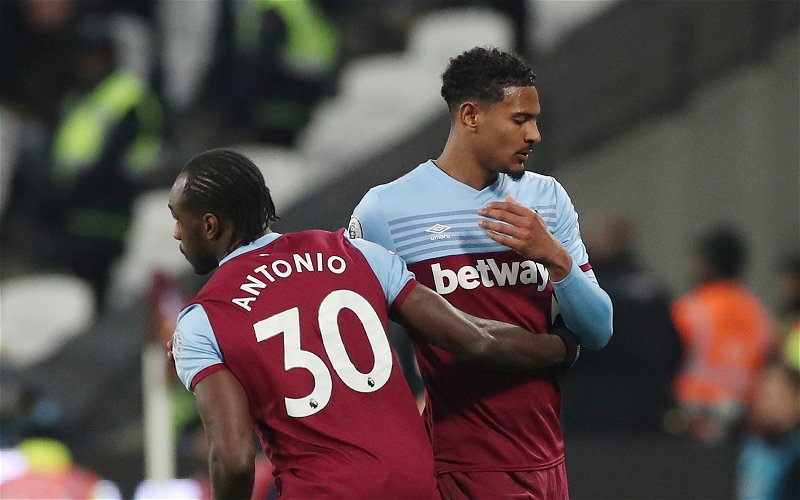 West Ham United podcaster ExWHUemployee has claimed that new head of recruitment Rob Newman’s first task will be to bring in a striker.

All things considered, it’s been a pretty great first few months to the season for the Hammers. Heading into the November international break, they currently sit within the Premier League’s top three.

Away from the field, Newman joined the club in early October, arriving from Manchester City where he had spent over 12 years as an international scouting and recruitment manager.

With the winter transfer window fast approaching, Ex has said that the head of recruitment’s first job will potentially be ‘one of his most important tasks’ as he’ll need to find a striker who can fit perfectly into the team.

Speaking on The West Ham Way podcast, he outlined what criteria Newman will be looking for: “Rob Newman has obviously started his role as head of recruitment. So he’ll be looking for a player that’s going to fit in with all the transfer philosophies of before, which will buying in someone that’s hungry and fits in with the right mentality, as well as obviously being a goalscorer, and hopefully, someone that can play in the same mode as [Michail] Antonio or [Jarrod] Bowen.

“You know, someone that runs a lot, someone that hassles, that gets into the channels, has a bit of pace, has a bit of power, bit of unpredictability. Because we saw that whilst we had Sebastien Haller before, his characteristics were just not set for what West Ham needed. And he couldn’t perform to his best of abilities for us, and we needed someone performing better than he did.

“So they’ve got to get the right recruitment here. And that’s obviously gonna be Rob Newman’s first task, but arguably one of his most important tasks, because if he gets this right, and he gets the right player in and we have two good forwards – ultimately, one as a successor for Antonio – then it could be massive for us.”

As things stand, Michail Antonio remains the only natural option as a striker for the club. And with seven goals and four assists to his name this season, he’s done a pretty good job so far.

But if the Jamaican was to pick up an injury, the Hammers could be in trouble. Jarrod Bowen has been tasked with operating down the middle for the club at times this season, but he is more of a natural winger – while the same could said about Andriy Yarmolenko.

Should Conor Coventry end his loan at Peterborough?

One name to be linked as a possible target for the London club in January is Paul Onuachu. The £20m-rated striker, who plays for Genk, looks like an interesting prospect and could well be the man to provide some attacking cover for the Hammers.