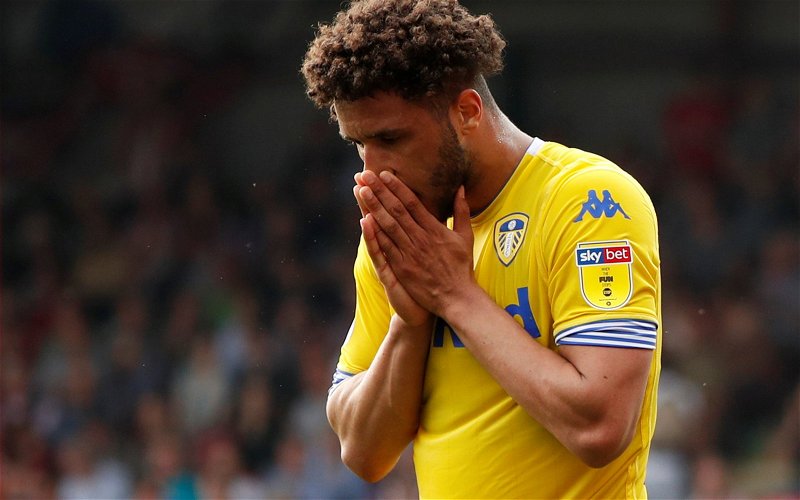 Leeds United fans are far from impressed with Tyler Roberts after his performance for Wales.

The club’s supporters didn’t hold back on Twitter after Wales’ 5-1 win over Belarus, tearing into Roberts who made an appearance as a second half substitute in the win.

He replaced fellow Leeds player Dan James in the process, but couldn’t get in on the goals, failing to register either a goal or assist for Wales – especially disappointing given their dominance in the game.

While it can be difficult to come into a game where your team are cruising but you have a point to prove, there was no sympathy from the Leeds fans after the game.

What Leeds fans had to say

“Only there to make the numbers up because he doesn’t do anything else.” @Scottsi12

“Don’t get any ideas Bielsa!” @Benscruton89

“Unfortunately, despite having some ability, Tyler doesn’t have a football brain and makes the wrong decision every time he plays the ball and of course he doesn’t score goals which can be an issue for a striker.” @HullMan1967

“Did he do anything or did he just come on?” @DirtyLeedz_

“Has he scored yet?” @TonyMitchell

Obviously they were unhappy with his performance, but this goes back further. The fact they expect that from Roberts shows what they make of the Welsh international.

In his career the forward only has 29 goals to his name despite making 192 appearances in all competitions. He has also only managed to provide 22 goals for his team mates thus far in his career. He is yet to get involved in any goal for Leeds this season, making 11 appearances for the Yorkshire club. (via TransferMarkt).