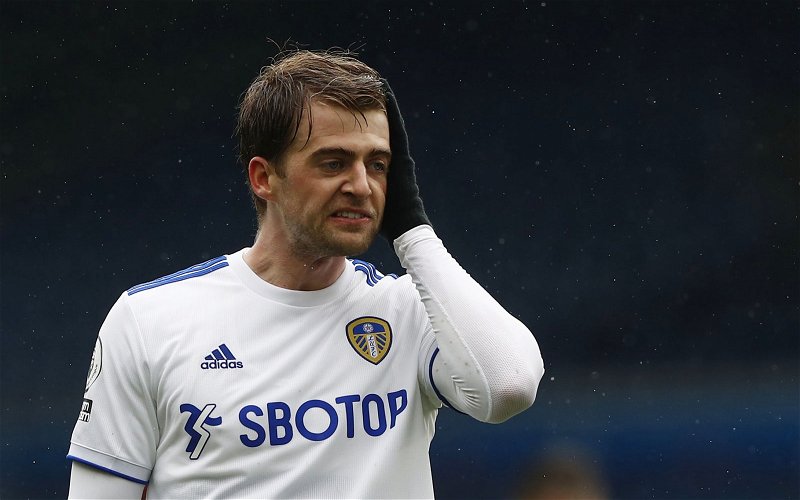 Former Leeds United midfielder Carlton Palmer has dismissed the idea of his old side being a one-man team and believes their struggles this season are not solely down to Patrick Bamford’s recent absence.

Bamford has missed Leeds’ last five league fixtures due to injury, with the Whites losing two games during that period.

They were, however, able to pick up a win against Norwich City last time out but still remain just outside the relegation zone after an overall poor start to the Premier League campaign.

Have Leeds become over-reliant on Bamford?

And while Palmer believes Bamford’s absence has played a part, the ex-England international thinks there is more to his former club’s struggles.

“I think there’s more to their struggles than Patrick‘s absence,” Palmer told TIF when asked if Leeds risked being labelled a one-man team. “But I do think Patrick’s a very big player for them. When Patrick’s not involved, they struggle as a team.

“He sets the tone of the game for them up front with his work rate. I’ve said that before when people criticise him for the amount of chances he has compared to the amount of goals he scores. I said he’s more than that to Leeds United.”

Bamford was vital for Leeds last season following their return to English football’s top flight. He featured in all 38 of their games, scoring an impressive 17 goals.

There is no doubt manager Marcelo Bielsa will be desperate to have him fit and firing again as Leeds look to climb further away from the relegation zone.