Aston Villa: Simon Jordan claims Steven Gerrard ‘not at the level’ to be new manager 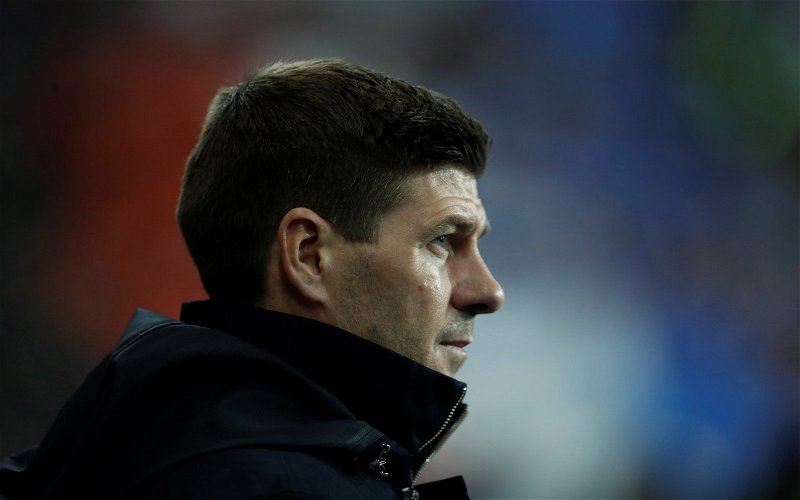 TalkSport presenter Simon Jordan has claimed that Steven Gerrard is ‘not at the level’ required to take on the head coach role at Aston Villa.

Following a run of very poor form, Dean Smith was recently sacked as the Villa manager. After helping them achieve promotion to the Premier League and later manage their highest finish (11th place) since 2011, things went sour for the manager early on in this campaign.

Now, though, the Villans need to find an adequate replacement. Gerrard has been one named linked with the club, but Jordan claimed it would be a ‘strange’ move to make.

“And if Aston Villa want reality rather than potential, then they go for an established manager.

Despite being relatively inexperienced, Gerrard has already shown plenty of promise as a manager. Indeed, he has already achieved the quite considerable feat of winning the Scottish Premier League with Rangers in just his third season in charge, breaking Celtic’s dominance in the process.

Regardless of this, the former Liverpool captain has only worked as a head coach in Scotland. It seems as if Jordan does not believe his success in that country would translate to England’s top division.

Without any other experiences to fall back on, Villa would arguably be taking a risk if they were to go for Gerrard. The question does seem to be whether they will they put their faith in his potential, or go for someone a little more established.