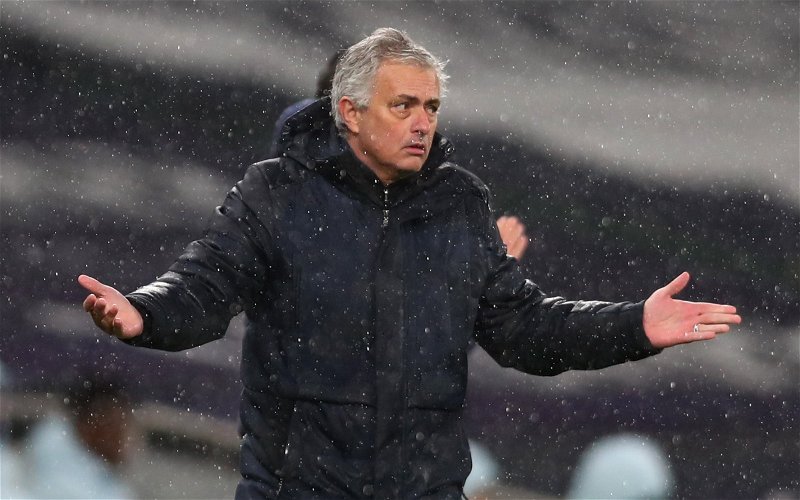 A number of Tottenham Hotspur fans have reacted with concern after former manager Jose Mourinho was said to be eyeing up young goalkeeper Joshua Oluwayemi.

The Portuguese manager left Spurs last season and took over Italian outfit AS Roma in the summer. Having spent time in charge of the north London side in the recent past, he may well have an understanding of some of the club’s lesser-known talents.

This could explain why, as reported in the Evening Standard, Mourinho is apparently considering a move for Oluwayemi.

The news was shared online by Tottenham Tiers and it soon caught the attention of many worried supporters.

@pahannas
“No PLS keep him.”
@thfceman
“Less of that. Aint nobody taking away our future stars from the club.”
@ATHARV81993353
“Nope don’t want him stuck in Rome when you inevitably get sacked.”
@xthfcisaac
“Oh no, not Oluwayemi.”
@tottenbloop
“Yh no thanks.”
@cui_yulong

Oluwayemi came through the club’s academy and has some senior football experience thanks to a loan spell National League side Maidenhead United.

Although he is yet to make an appearance on the pitch for Spurs’ first team, he has played over 50 games at youth level.

Will Joshua Oluwayemi make into it the Tottenham senior team?

Despite being such a young age, just 20 years old, he has already been considered for international football with Nigeria, gaining a call-up to the Super Eagles squad for an international friendly against Mexico last July.

With his talent evidently plain to see, it’s no wonder these Spurs fans are so concerned at the prospect of losing him.