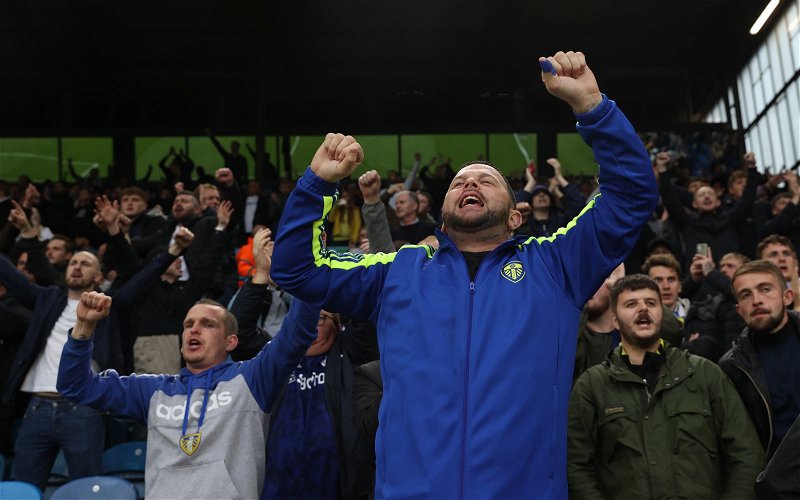 Leeds United fans have been reacting to footage of youngster Lewis Bate that has emerged of him away on international duty.

The 18-year-old signed for the club this past summer from Chelsea in a move reported to be worth £1.5m and he has since been put to work in the club’s academy setup, making eight appearances so far across Premier League 2 and the EFL Trophy.

His performances for Leeds earned him a call up to the England U20 side for their recent games against Italy and the Czech Republic, with the youngster scoring the equalising goal in the first game for Andy Edwards’ men.

He posted footage of his goal onto his social media page following the international break, alongside the caption: “First international goal. Ready for a big few weeks now with Leeds.”

In response, there were plenty of fans on hand to show their delight at his moment in the spotlight, with many hoping to see more of it in the future for their side:

@GinoProg
“Saw you live for the first time the other week (away at Leicester vs Leeds in u23’s game). Ran the show and bossed the game, comfortably. Amazing talent with a very, very promising future. Keep up the hard work #MOT”
@LukeSwinden
“Buzzing for you lad. MOT”
@darsum82
“Absolute baller!!!”
@Cawood18e
“Keep up the grind my dude, first team starts coming soon!”
@Nick28T
“Quality our Lewis. Cant wait to see u all back”
@miffy0811_a
“We’re proud to have you Lewis, can’t wait to see you making an impact. Well done on the goal!”
@JimBinary

Would you like to see Lewis Bate in the first team?

Now that he’s got his first goal of the season under his belt, hopefully he can use it to kick on and give Marcelo Bielsa something to think about.