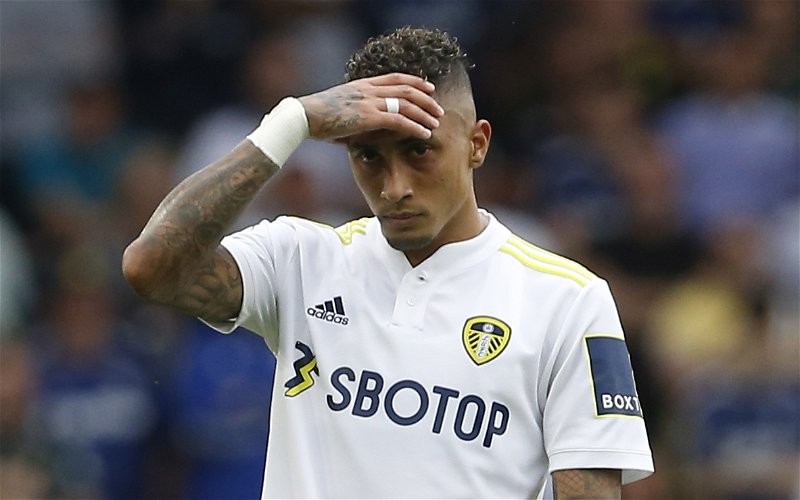 A number of Leeds United fans have been left rather concerned after hearing that Raphinha will likely start Brazil’s last international match.

The winger made his debut for his nation earlier in the current break. He impressed, too, as he claimed two assists while helping his side come from behind to win 3-1 against Venezuela. He later featured against Colombia.

Clearly, Raphinha’s performances there, and in training, seem to have been enough to convince manager Tite that he should get his first start in the team’s final match of the international period against Uruguay.

Indeed, as reported by Brazilian news outlet Globo, the 24-year-old looks likely to be heavily involved in the match which takes place on Thursday night (1:30 am UK time on Friday).

The news soon emerged on social media, and with Leeds having a game against Southampton in the Premier League on Saturday, it’s safe to say many supporters were very worried.

“These international breaks are ridiculous.”

“The disgrace here is that South American teams seem unable to fit 3 games into the international break in time for players to get back to their clubs. That’s the whole idea of a nationwide agreed break.”

@montyoxymoron
“Happy for him but disappointed he’ll miss our game, need Harrison and James to step up with G/A’s, Summerville off the bench too.”
@lufcluca
“Let him recover, not worth the risk. James and Harrison with Summerville on the bench is enough.”
@radio_bellers
“Why can’t Brazil play mid-week like other nations…?”
@JamesAlfiej
“Need to look after him. I’d not involve him at all on Saturday.”
@LUFC_Arizona

Raphinha’s importance to this Leeds team cannot be understated. Despite the club enduring a somewhat shaky start to the initial stages of the new season, his form has not dropped off.

Should Leeds rush Raphinha back for their next game? 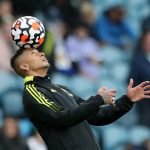 The Brazilian has scored three times in seven league matches for his side – which is probably why the supporters are so worried about the impact of his recent international excursions.

In other news: ‘Hope not’, ‘Here we go again’ – Many Leeds fans fume as claim emerges