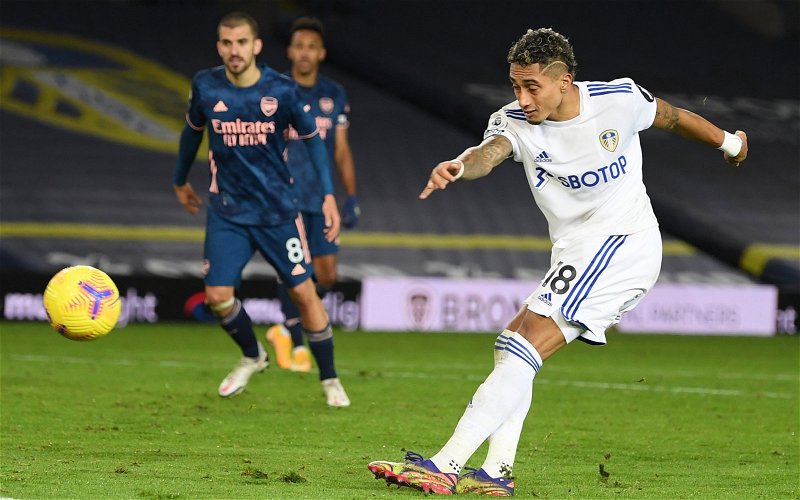 Raphinha joined Leeds from Rennes for £17m plus add-ons according to BBC Sport, and whilst his favoured position is right wing, the Brazilian has also featured as a left winger on a number of occasions throughout his career and also as an attacking midfielder and second striker.

Football Insider reported that he is one of three Leeds players Liverpool are keeping tabs on, with Kalvin Phillips and Illan Meslier the other two names mentioned.

Will Raphinha still be a Leeds United player at the start of next season?

Raphinha was in superb form for Brazil, scoring two goals and registering two assists in three appearances whilst on international duty.

Whilst his fine form is going to attract attention from other clubs, Norris doesn’t believe he will depart Elland Road in January, telling This is Futbol: “I think he’ll be fine for this season; I don’t see anything happening in January. I’d be surprised.”

When asked about the price tag that Transfermarkt set for Raphinha of £28.8m, Deco who is the Brazilian’s agent told UOL (via Sport Witness): “I think he’s worth more than €32m. What will determine the price is the level of the club that signs him. If its Manchester United, City, Liverpool, Chelsea the price could reach around €60m. What determines the price of a player is the market he hits.”

If Raphinha continues his fine form, then there will understandably be interest from other clubs and so Liverpool could face competition for his signature should they proceed forward with a bid.