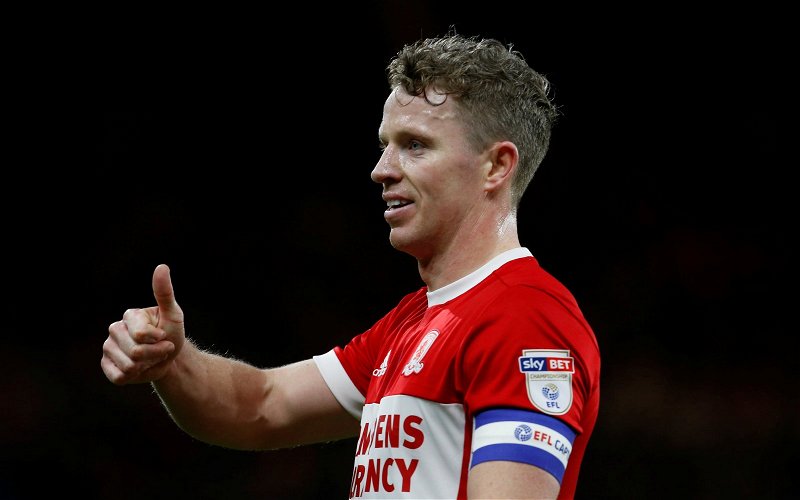 A number of Sunderland fans have found themselves getting a touch emotional after seeing some new footage of former captain Grant Leadbitter.

This weekend, the Black Cats hosted Bolton Wanderers in their League One fixture. Not only did the game see Sunderland claim an important 1-0 victory, but it also saw an appearance from one of the club’s most cherished players over recent years.

A visibly emotional Leadbitter was caught on camera as he stood in the tunnel high-fiving a number of his former teammates. He then walked out onto the pitch, waved to the appreciative home crowd, and kissed the turf.

Leadbitter retired at the end of last season, having just won the EFL Trophy with the Black Cats.

The 35-year-old’s return to the club was shared online for the enjoyment of many Sunderland supporters, who were more than happy to express their emotional response to the touching moment.

“Well…. that made me emotional.”

@Crabbers
“Brilliant that. Good luck on your future endeavours Grant.”
@dazzasafc85
“Lovely images. All Mackems are proud of you Grant.”
@PigCakey
“Lump in throat seeing that today.”
@s_shots3
“Hard to not tear up watching that. Hope the club have offered him a role within the club if he ever wants it.”
@SAFCSpencer
“I’m not crying, you are.”
@HoustonSafc

Would you want Grant Leadbitter at Sunderland in a coaching role?

Leadbitter’s love for the club could never be doubted, he even supported them as a boy. It’s great to see these fans are more than happy to reflect that feeling straight back at him.

The midfielder played over 200 games across two spells with the club, scoring 18 times. Even in retirement, it looks as though he’ll always be welcome at the Stadium of Light.

In other news: Phil Smith ‘impressed’ by 23 y/o Sunderland star after ‘excellent’ performance