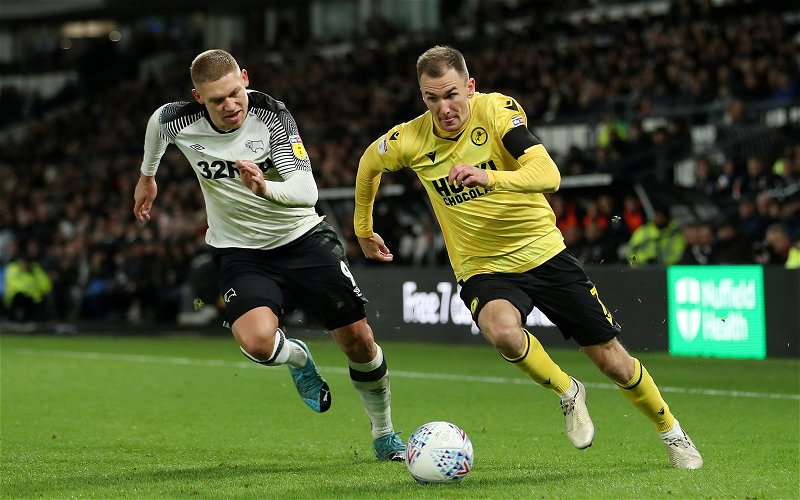 West Ham United insider @ExWHUemployee has been sharing his thoughts on the possibility of the east London club making a move to sign Millwall winger Jed Wallace.

This comes after Ex co-hosted a recent edition of The West Ham Way Podcast where he spoke about a number of topics concerning the Hammers.

After it was recently reported by Football League World that West Ham are apparently watching Wallace’s situation at Millwall with his current contract set to expire next summer, Ex had this to say on the matter. (40.32)

He said: “Interestingly, there’s a guy at Millwall, he’s not a youngster, he’s 27, called Jed Wallace, that it was in one of the websites that we’ve been watching him, and I know that we’ve watched him in the past, so the fact that they’re picking up on it, reporting it, suggests that the interest is still there.

Given how Wallace has managed to score 70 goals and provide 55 assists in 372 senior club appearances throughout his career including three goals and two assists in six Championship appearances so far this season, it’s easy to see why West Ham and a number of other Premier League clubs such as Burnley, Newcastle United, Crystal Palace and Brentford are all apparently interested in potentially signing the winger in the summer.

In our view, a potential free transfer for Wallace could prove to be a smart bit of low-risk business for the Hammers, especially if Andriy Yarmolenko ends up leaving the club when his contract expires next summer, which would leave the club with just Jarrod Bowen and Said Benrahma in their squad who predominantly play on the wings.

This could perhaps allow Wallace to come in on a free transfer and add some potential depth to their squad and attacking force.

West Brom: Masi believes Baggies have been found out