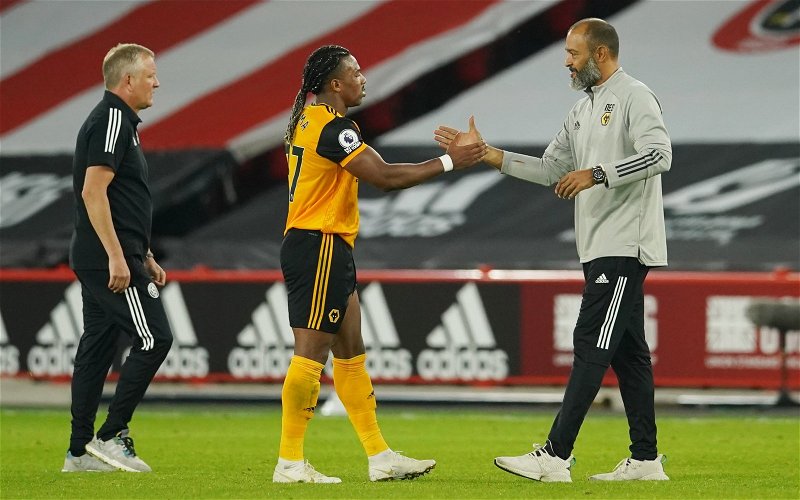 In the last few days of the transfer window, Spurs were being linked with a move for Traore from Wolves as his former manager, Nuno Espirito Santo, looked to strike up a reunion with the Spanish winger.

Are you happy with Tottenham's transfer window?

However, Tottenham reportedly did lodge a bid (according to The Athletic) on deadline day to try and tempt Wolves into selling Traore, but Spurs’ £30 million offer was considerably short of Wolves’ valuation of the Spaniard, which stood at £50 million.

A lot of Spurs fans are annoyed on Twitter with this Traore claim.

“That’s why we will never be a serious club, stupid things like this”

“Embarrassing. Rather they just buy Khvicha”

“This is actually laughable, did they just offer it for the bants”

“This is a “Look how much we tried” stunt. Nothing is different, pathetic business as always.”

While Wolves’ unwillingness to sanction a sale for Traore unless their £50 million valuation was met may have been down to the fact they were scrambling around for signings late in the window themselves as they failed to broker deals for Renato Sanches and Kieffer Moore, it would appear that a sale at any price would have been difficult to negotiate.

In any case, it is not like Spurs are short of quality out wide, with Heung-min Son, Lucas Moura, Bryan Gil, Ryan Sessegnon and Steven Bergwijn naturals on the wing. Meanwhile, Nuno’s potential use of wing-backs could offer Spurs plenty of width and attacking prowess, so they may not feel like they have missed out massively without bringing Traore in.