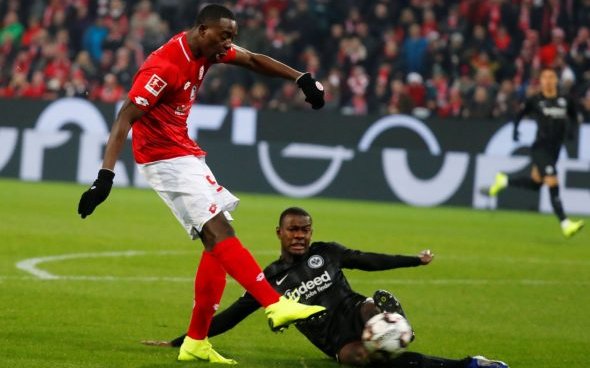 Speaking on the HLTCO podcast, Dan Cook gave his thoughts on what the future looks like for Jean-Philippe Mateta.

Late on deadline day, Palace announced the signing of Odsonne Edouard from Celtic – which cost them a reported £14 million – despite already having Christian Benteke, Jordan Ayew and Mateta able to play as a main striker for the Eagles.

However, the future of the latter may now be in doubt, as he has only managed to score one goal since he joined on loan from Mainz back in January, and with him only featuring in one league game this season, Patrick Vieira may have already made his mind up on Mateta.

Cook spoke about what the future of Mateta may look like.

“I would have genuine concerns if I was Jean-Philippe Mateta because of course, he’s come into the football club last season on a prolonged loan [and] he hasn’t really pulled up trees.

“He scored a fantastic backheel against Brighton in that victory at the Amex last season, but other than that, he hasn’t really done much to work his way into Crystal Palace fans’ affections.

“Obviously, with Odsonne Edouard now on our books, he falls further down the pecking order.”

As Cook spoke about, Mateta has a clause in his loan deal that Palace have to buy the striker if he starts 15 league games for the club, which may see him sitting on the bench for the majority of this season if Vieira doesn’t want to bring him in on a permanent basis.

Edouard arrives at Selhurst Park as a more established striker having played in the Champions League and Europa League as well as having scored 86 goals during his time spent north of the border and he could be the man to gobble up the chances created by players such as Wilfried Zaha and Eberechi Eze when he returns later this season.