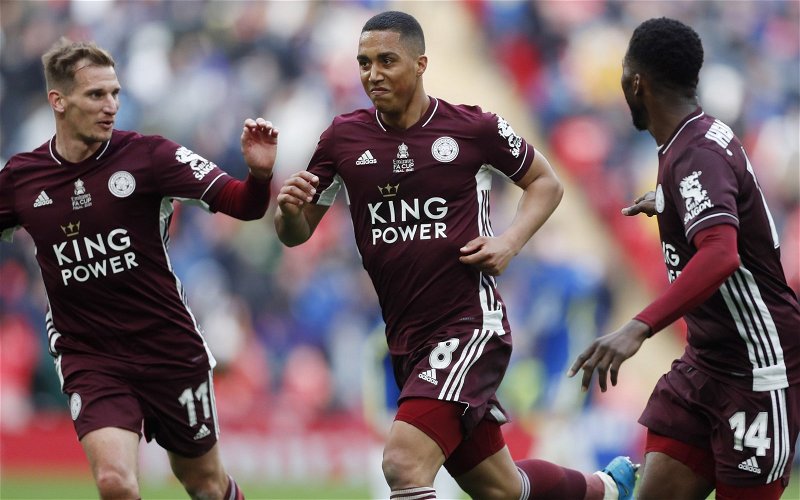 Sky Sports presenter Joe Thomlinson has been speaking about the future of Youri Tielemans and what it could mean for Leicester City going forward on the Football Daily YouTube channel.

Tielemans was originally brought in on loan during the 2018/19 season from Monaco and his deal was swiftly converted into a permanent one, with the Foxes forking out £40 million for the midfielder, while he has since been linked with clubs such as Manchester United and Liverpool.

The midfielder’s profile skyrocketed following last season’s FA Cup final against Chelsea when he unleashed a thunderbolt strike into the top corner which secured Leicester City their first piece of silverware since winning the Premier League back in 2016.

However, following an interview with Sky Sports in the last week in which he confirmed that he was keeping his options open, his future is now very much up in the air.

Thomlinson spoke about how Leicester may be worried about the future of Tielemans.

“What do we think about Youri’s contract, because it’s up in 2023 and I watched the interview on Sky Sports he did this week when he was saying, ‘I might sign it, I might not sign it, I’m not going to reveal anything yet’.

“I think that’s an issue for Leicester, losing Tielemans in 2023, next summer with one year left on his contract, there’s going to be a lot of interested parties.”

Given what he has achieved at the club so far, it could be considered a huge loss for the Foxes if Tielemans left the club, but even worse if he decided to run down his contract and leave for nothing in 2023, as everything runs through him.

Last season, the Belgium international was top for many passing statistics including attempted, completed and most importantly, he completed 212 passes that entered the opposition’s final third – 100 more than anyone else in the side (as per FBRef).

That final stat highlights how Tielemans really is a player that gets the Foxes moving in the areas that matter and his piercing passes are arguably the main reason how and why Leicester can create chances as he is so willing to attempt those balls where it will hurt the opposition.

This season is also no different having completed 32 passes into the final third already, with Wilfred Ndidi and James Maddison second with just 12 (FBRef). Therefore, he should be worth extending his deal at the very least.