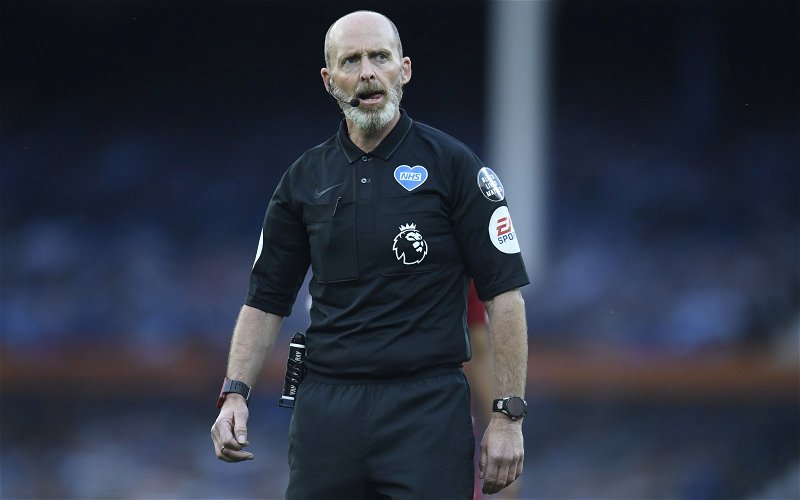 Leeds United fans on Twitter have been responding to the latest news to emerge concerning the Yorkshire club’s upcoming Premier League match against Newcastle United on Friday evening.

This comes after Jo Bedford shared a post on their Twitter page revealing the list of officials that will be in charge of the clash between Leeds and Newcastle.

In her post, it was revealed that Mike Dean will be the man to referee the game at St. James’ Park.

This post then gathered a lot of replies from Leeds supporters who were not shy in sharing their thoughts and feelings on the matter:

So, what did these Leeds fans have to say in response to Dean’s appointment for the Newcastle game?

“oh it gets even worse”

“Can’t wait for that one. All about Mike show Friday.”

“No more words need saying we can all draw our own conclusion. Look after yourself and get well soon”

“You’ve told us enough on this one. Yikes. Ref to influence game.”

Looking at the replies to this post, it seems as though these Leeds fans are not particularly happy to hear that Dean will be the man in the middle for the game against Newcastle.

Given how Leeds have managed to lose 15 out of the 29 games that the 53-year-old has taken charge of, dishing out 50 yellow cards in the process (via Transfermarkt), it’s easy to see why these Leeds fans are not looking forward to seeing him in action on Friday, especially since Leeds are yet to win a game in the Premier League so far this season.

Are you confident Leeds can beat Newcastle?

Moving forward, these Leeds fans will have to hope that the referee will have a fairly quiet game and not have to make too many big decisions that could disrupt the match in some regard.