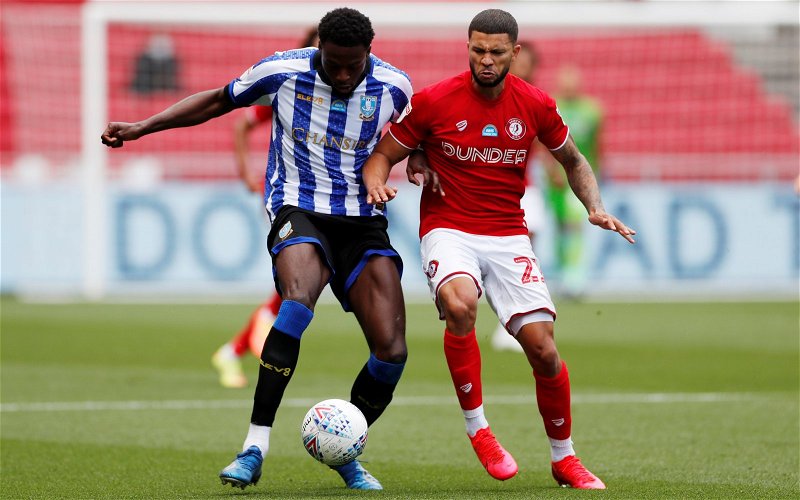 Sheffield Wednesday fans on Twitter have been responding to the latest news to emerge concerning the Yorkshire club.

This comes after Wednesday journalist Joe Crann shared a post on his official Twitter page revealing that the Owls are “interested in extending Dominic Iorfa’s stay at the club” by offering him a new contract.

This post then quickly caught the attention of a lot of Owls supporters who were not shy in sharing their thoughts and feelings on this latest claim.

So, what did these Wednesday fans have to say in response to Crann’s news about a potential new contract for Iorfa?

“Would be best news of the year if it gets done.”

“This is the news we want. Positive outcome to these discussions and I’ll be delighted after safeguarding Windass this week”

“The most significant signature of the summer if this happens!”

“Now THIS is the news I have been hoping to read! If we get this over the line it shows serious intent, more so than Windass.”

Looking at the replies to this post, it’s clear to see that these Wednesday fans are delighted to hear that the club are keen on offering Iorfa a new deal with his current one set to expire next year.

Would you be happy to see Iorfa sign a new contract at Wednesday?

This goes to show just how much these Wednesday fans admire the defender and what he offers the team since his arrival from Premier League side Wolves in the 2019 January transfer window.

In our view, given how Iorfa managed to earn himself a match rating of 7/10 and get named as the man of the match according to Yorkshire Live for Wednesday’s recent 0-0 draw against Charlton Athletic, this shows just how important Iorfa can be for the team and why the club should definitely make sure he signs a new deal with them.