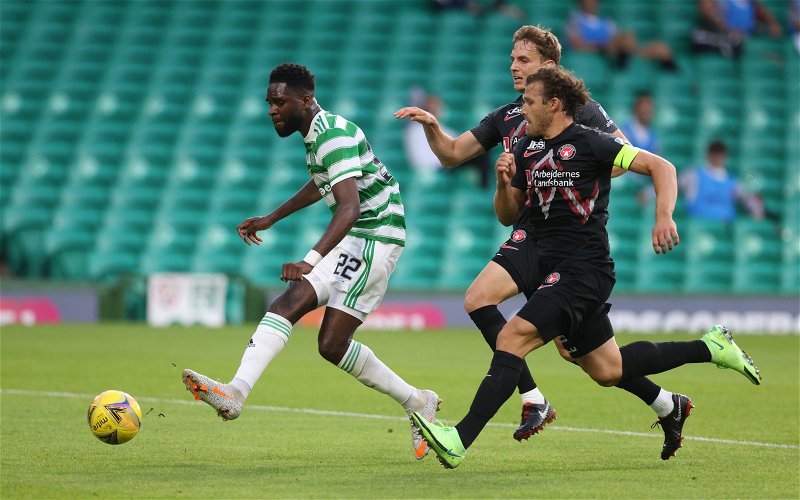 Celtic journalist Anthony Haggerty reckons that Odsonne Edouard could return to France in the final days of the window.

Edouard has been open to leaving the club all summer, although a potential move away from Parkhead is looking more and more unlikely before Tuesday’s deadline.

Was Joe Hart a coup signing for Celtic?

The Frenchman has been the Hoops’ talisman in recent years, but with continued uncertainty surrounding his future since the season got underway, he’s been in and out the team under Ange Postecoglou.

The £15.3m-rated frontman has still scored three goals in nine competitive appearances as Celtic have picked up their form following a tricky start under Ange Postecoglou but hasn’t yet managed to win his place back in the team just yet.

Edouard had been linked to both Crystal Palace and Leicester, whilst West Ham and Brighton were also touted as potential destinations for the striker.

However, Haggerty told This is Futbol that moving back to France, where Edouard started his playing career, is a possibility in the final days of the window:

“He might go back to France, the same way that Moussa Dembele did when he went to Lyon. I saw something, there was an article that said Nice might come in for him.

“You don’t know, but you’re only worth as much as someone is willing to pay for you.”