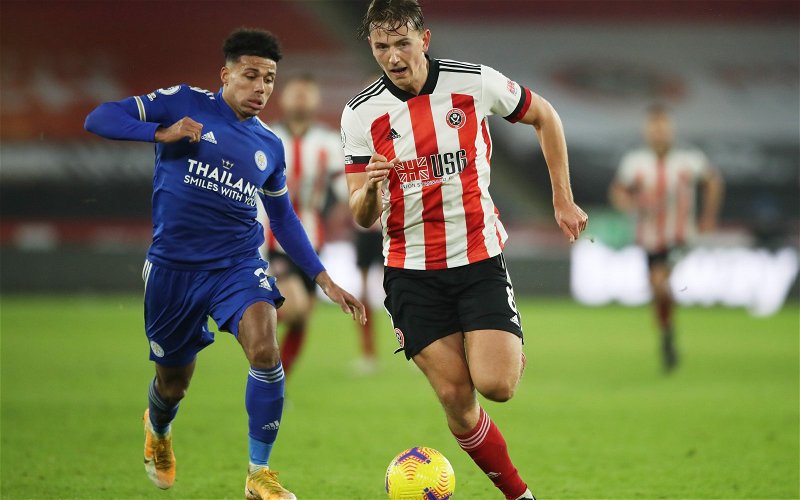 This comes after Tottenham-focused Twitter account @thespursweb shared a post on their page relaying news originally published in an article from Homme du Match (as per TEAMtalk).

The article claims that the north London club placed a bid of €20 million (£16.9 million) to Championship club Sheffield United for their midfielder Sander Berge, though this was rejected – with the Blades looking for at least €25m (£21.2m).

This post then gathered a lot of replies from Spurs fans who were quick to share their thoughts and feelings on this latest claim.

So, what did these Spurs fans have to say in response to this claim about Berge?

“Very good deal for that price, I hope it’s true.”

“He’d be a fantastic replacement for Sissoko.”

“PLEASE @pARATICI IM ON MY KNEES”

“Would be a good signing”

“This is massive let’s gooooo”

“Sissoko build that can actually play with the ball at his feet. Make it happen please.”

“Really like this boy. Would take him over JWP as well”

Looking at the replies to this post, it’s clear to see that these Spurs fans would be very happy to see Berge sign to the north London club this summer.

As some Spurs fans mentioned in their responses to this post, Berge could potentially be a replacement for current Tottenham midfielder Moussa Sissoko, who has been linked with a move away from the club this summer.

Given how the Frenchman ended the 2020/21 Premier League season as one of Tottenham’s lowest-rated players with an overall rating of 6.44/10 for his performances according to WhoScored, it’s easy to see, in our view, why these fans would like to see Berge replace Sissoko this summer – though whether Spurs will meet Sheffield United’s reported demands remains to be seen.

In other news: ‘What I’m told’ – Gold reveals 25 y/o is ‘very confident’ at Spurs despite exit rumours