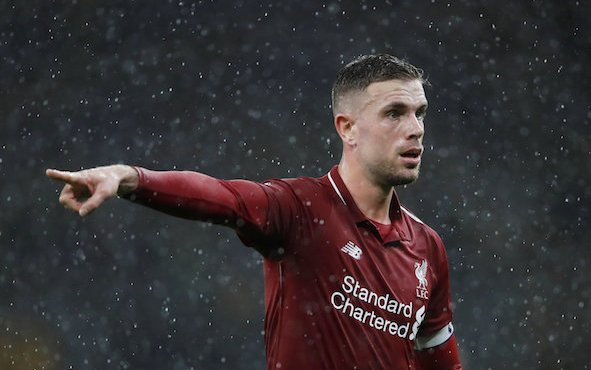 David Ornstein has named a key individual at Liverpool whose specific intervention helped the club’s captain agree to sign a new deal.

Indeed, Jordan Henderson recently agreed to sign a new contract, but it seems that he wasn’t entirely convinced until manager Jurgen Klopp decided to get involved.

While speaking on The Athletic Football Podcast, Ornstein explained that Henderson wasn’t sure if he would be a key player in the squad over the next few years and had doubts about staying at the club.

Ornstein said: “He did not want to just be renewed to hang around the place as a leader, he wanted to be a key part of the side.

“So he went away on holiday after the Euros, as we know. And negotiations did step up after that, thanks in no small part to the intervention of Jurgen Klopp.

“He’s been pivotal in turning this situation around, to the point where an agreement in principle has now been reached between the two sides over a three-year contract with an option of a fourth that will be contingent on the number of games he plays.”

As captain throughout Liverpool’s recent period of success, Henderson is a huge figure at the club, and his exit – whenever it does come – will likely be a big loss for the team from Merseyside.

The Englishman has lifted a number of trophies with the club, including their first-ever Premier League title in 2020. The 31-year-old has a wealth of experience and looks set to reach 400 appearances for the Reds this season.

With Gini Wijnaldum leaving in the summer, the club’s midfield will have a slightly new look to it this season. It seems as if Klopp didn’t want things to change too much and so he will likely be glad to know Henderson seems set to remain at the club for a little while longer.