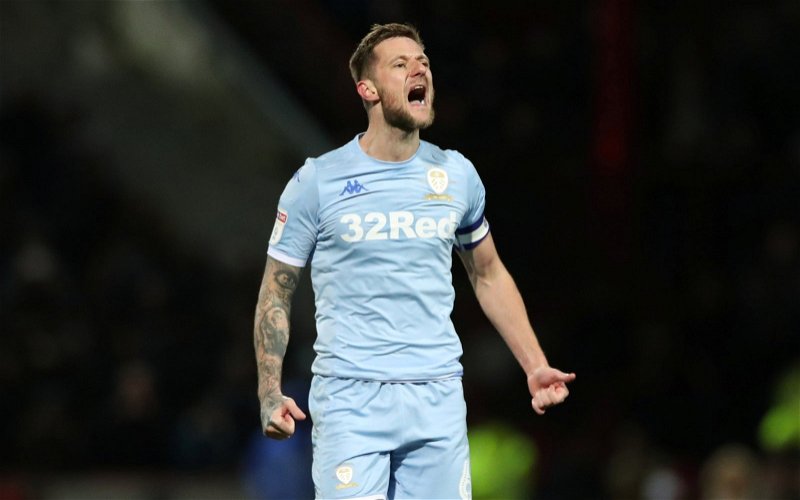 A number of Leeds fans have taken to Twitter to bemoan Liam Cooper’s performance at centre-back for the club against Burnley on Sunday.

The Lillywhites came from behind at Turf Moor to secure a point despite not being at their best, with Patrick Bamford’s 86th-minute goal canceling out Chris Wood’s opener.

Cooper played his part in Burnley’s strike, with his attempted headed clearance dropping straight to Matt Lowton in acres of space around the penalty spot. Lowton’s shot then trickled past Meslier after Wood got the slightest of touches onto the ball with his toe.

These Leeds fans went on social media to offer their thoughts on Cooper’s display, with one going as far to say that he should be released by Marcelo Bielsa…

What did Leeds fans make of his performance?

“And the worst through ball of the year award goes to liam cooper.”

“I love him but Liam Cooper isn’t good enough for this league.”

“And Liam Cooper just is not good enough for the premier league.”

“Liam Cooper winds me up. I want to support him but he keeps making silly errors and poor passes. Prove me wrong!”

“I say this liking Cooper & the 100% effort he gives but again he showed the liability he can be. That header was woeful. Bielsa needs to stop playing 3 at the back solely when an opponent plays 2 up front. Predictable & doesn’t have players for the 3-3-3-1. Rodrigo = Dud. “

“Cooper is are worst player by far #lufc”

The 29-year-old, who earns a reported £45k-per-week at Elland Road, is an experienced professional and played 25 games in the Premier League last season, so he will know himself when he has not put in a good enough display.

Hopefully, the Scottish defender can enjoy a positive international break before coming back against Liverpool and proving that he can play at this level by keeping the likes of Mo Salah and Sadio Mane quiet at Elland Road.