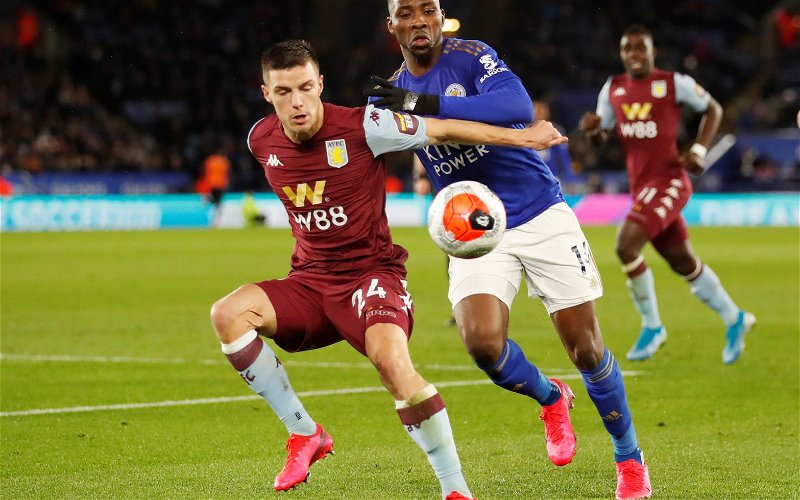 There was an air of frustration around Guilbert when he scored Villa’s fifth in the 5-0 trouncing of Barrow earlier this week. The Frenchman did little to express any kind of joy after hitting the back of the next.

There are doubts over Guilbert’s future – with the signing of Ashley Young pushing him further down the pecking order this season – and his latest actions seem to prove that, at least from the player’s point of view, he has had enough.

While talking about the player on the 1874 podcast, Evans stated that this action has displayed Guilbert’s true feelings about still being at the club so late in the transfer window.

In regards to the player’s unenthused celebration, Evans explained himself, saying: “That says it all, doesn’t it? That says [he’s] a very, very unhappy player. He was not interested in that goal one bit.

“And as soon as the left-back started hacking him a couple of minutes later – yeah, okay, it was towards the end of the game – but he literally just signalled to the bench, ‘I’m coming off’.

“And that, to me, was the clearest sign he doesn’t want to get injured in a game at Barrow and scupper a move to somewhere else.”

The defender’s time at Villa got off to a slightly odd start, as he was immediately loaned back to Caen after signing in January 2019.

After Guilbert’s first full season with the club, Villa then went and signed Matty Cash, who also plays at right-back.

In January 2021, the full-back returned to France, signing for Strasbourg on a six-month loan deal. This stop-start period in Guilbert’s career seems to have convinced him that his future is better served elsewhere.

With only a few days left in the transfer market, he will likely hope to find an exit route soon.