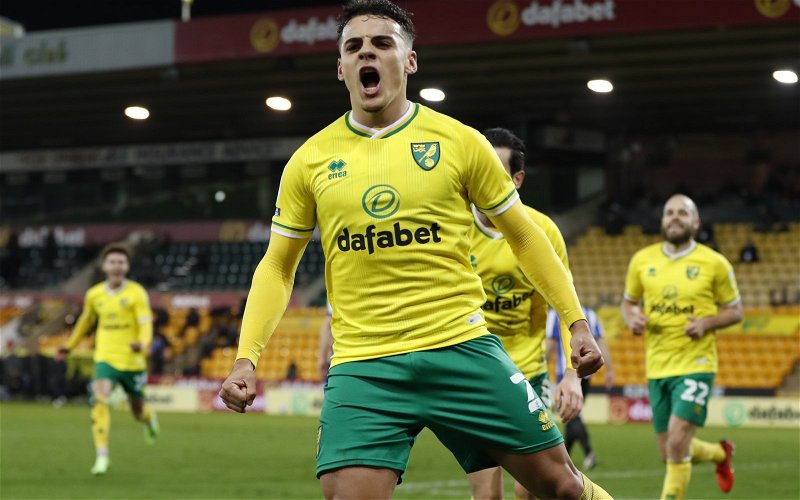 Football writer James McNicholas has explained why Arsenal avoided pursuing Max Aarons in the club’s search for a new right-back this summer.

With only a matter of hours left in the transfer market, it looks as though Arsenal are set to sign Bologna defender Takehiro Tomiyasu.

However, in the past, the Gunners were said to think very highly of the Norwich full-back. It seems as though that interest was fairly limited, though.

Indeed, while talking on the Arsecast Extra podcast, McNicholas explained why Arsenal had ‘concerns’ about signing the Englishman this summer.

He explained: “From what I understand, Arsenal’s interest was never serious in Max Aarons because they had concerns over his ability in the air – which I think maybe tells you a little bit about the kind of right-back that they want and the way they see that role.

“I mean, if you think about the way Arteta’s right-backs have played, it’s always been, really, kind of tucked in, relatively narrow, joining up with the midfield.

“And I do think that they want someone who can do that quite specific job.”

With Hector Bellerin seemingly set to join Real Betis on loan, Arsenal will now possibly have the space to bring in another option at right-back.

At the start of the season, Calum Chambers and Cedric have shared duties in that position. However, considering the club’s awful start, those two players have perhaps not convinced Mikel Arteta of their quality.

Aarons, who is valued at £19.8 million (as per Transfermarkt), clearly wasn’t deemed the correct solution to that particular problem by the Arsenal hierarchy, either, but he will have a chance to prove his doubters wrong as the Canaries travel to north London in the next round of Premier League fixtures.