Pundit Will O’Callaghan has recently talked about the possibility of James McClean ending up at Celtic this summer.

McClean is said to be a Celtic fan and has been linked with a move to Parkhead in the past. He is currently plying his trade with Stoke City in the English Championship, having previously played for Wigan Athletic and West Bromwich Albion.

O’Callaghan talked about the possibility of McClean ending up at Parkhead in the future after the discussion on the OTB Football podcast turned to apparent links between the Irishman and the Hoops, amid uncertainty over his future. He believes that the Irishman would add a lot of energy to the Celtic side and could also be an option at left-back for the Hoops. 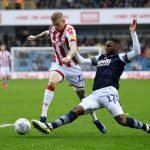 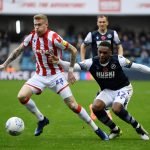 The pundit claimed: “I think McClean, if he comes in, would add a lot of energy to that Celtic team. Like, from watching them [against Midtjylland], they’re still a little bit light, squad-wise.

“I think if they could get McClean on a reasonable transfer fee, he’s shown that he’s still a pretty good Championship player. I would imagine he slots straight into the Celtic team, but probably as left full-back, I would think.”

TIF Thoughts on McClean to Celtic…

McClean is now 32 but he can play anywhere on the left side of the pitch. He can play at left-back, left midfield or left wing.

The Hoops have seen Boli Bolingoli linked with a move away from the club this summer and that might leave a slot open for the left-back position.

Ryan Christie has also been linked with a move away from the club and he can also play on the left, while Mohamed Elyounoussi’s loan spell has already ended.

So McClean can certainly add depth to multiple parts of the pitch for the Bhoys and if they can sign him for a cheap fee, it could be a good move.