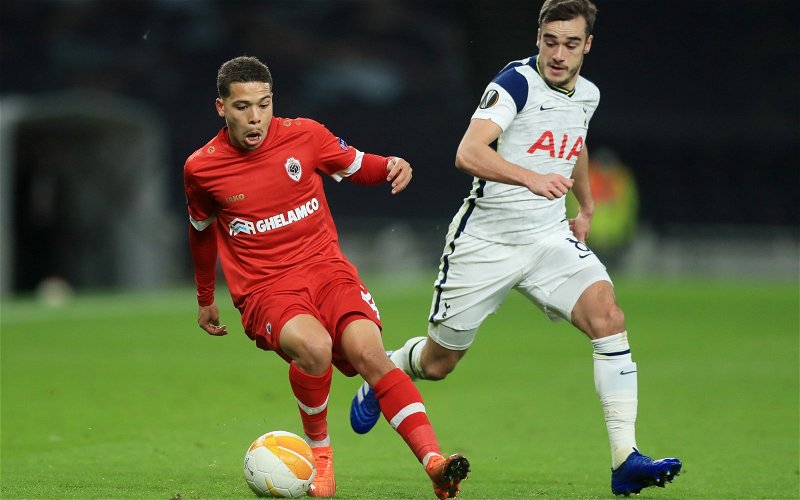 Many Tottenham fans have been discussing a news update regarding Harry Winks that emerged on social media.

Telegraph journalist Mike McGrath has recently reported about the situation of Winks, saying that Dean Smith’s Aston Villa are interested in signing the Englishman. The report claims that Winks is one of a number of midfielders that Villa are looking at, along with James Ward-Prowse and Norwich City’s Todd Cantwell.

Would you be happy to see Winks leave?

It comes as Villa’s Douglas Luiz has reportedly drawn interest from Jose Mourinho’s Roma and the Premier League side could be looking at Winks as a potential replacement.

This news about Winks was relayed on Twitter by The Spurs Express and many Tottenham fans made their views clear about this.

What did Spurs fans make of the news about Winks?

“I’ll get the car started and drive him up.”

“My day just can’t get any better.”

“I’m on my knees.”
Credit: @ZachTHFC6
“OMDSSSSS THIS IS EVEN A BIGGER NEWS THAN KOUNDE AND SKRINIAR COMBINED”
Credit: @thfcmafia
“Take him for free Villa.”
Credit: @Ndomballer2
“Why monitoring? Just take him!“

“What a day to be alive”

These Spurs fans would be happy to see Winks leave and one fan is urging Villa to sign him for free this summer too.

Last season, Winks made 30 appearances in all competitions for Spurs and he was left on the bench for quite a few games in the Premier League, making just nine starts. According to Whoscored, the 25-year-old picked up a disappointing rating of 6.37 in the top flight, which makes it understandable why Spurs fans would be happy to part ways with him.

So if Spurs can sign a potential replacement, letting Winks go may not be a bad idea at all.

In other news: ‘Omds’, ‘Made me smile’ – Lots of Spurs fans react as ‘fantastic’ manager claim emerges