Many Newcastle United fans have been talking about a transfer update that emerged on social media.

Journalist Chris Waugh recently quote-tweeted a post from the official Wolves Academy Twitter account. Wolves had confirmed that Dion Sanderson has signed a new deal with the club, with the journalist revealing that Newcastle had made an offer for Sanderson that was rejected.

Should Newcastle regret this? 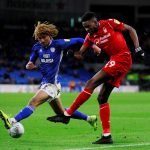 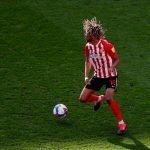 Waugh stated Wolves considered the Toon’s bid ‘derisory’ and as a result, he has signed a new deal with the Premier League side.

Sanderson will also spend the next season on loan at Birmingham City. Waugh’s tweet drew the attention of many Newcastle fans, who began talking about this news.

“Derisory is absolutely everything about us at the moment.“

“We are a laughing stock. God Chris this takeover needs to happen like now.”

“Club as it stands is a joke.”
Credit: @andy_teasdale
“The Ashley way.”

“Another one off the list. Club is at a complete standstill. Players are injured, others have left/leaving and zero transfer activity. Zero ambition.“

Many of these Newcastle fans are raging at this news and they don’t seem to be happy with how their club approached this transfer.

Sanderson is currently 21 and spent the previous season on loan at Sunderland. For the Black Cats, he played 26 games in League One and scored one goal during his time there, becoming a regular option for them towards the end of the campaign.

It shows that he could have certainly added some first-team experience to the Newcastle side, who are looking to sell Florian Lejeune this summer. So Sanderson could’ve potentially replaced the defender and losing out on him might be a blow for the club.

In other news: ‘Yessss’, ‘Let’s hope that’s code for being sold’ – Lots of Newcastle fans flock to update