Aston Villa pundit and podcaster Simon O’Regan has been sharing his thoughts on the current situation surrounding club captain Jack Grealish and a potential transfer move away from Villa Park this summer.

This comes after O’Regan made an appearance on a recent episode of Villa-themed podcast Holtecast, where he spoke about a variety of subjects concerning the Midlands club.

On the topic of Grealish, who has been linked with a move to fellow Premier League side Manchester City in recent weeks, O’Regan had this to say on the matter.

He said: “There’s nothing official as far as we all know, and my gut feeling – I said it a few weeks ago when we last did this – I just don’t see him going this summer because I don’t see City offering the amount of money that Villa would want to sell him.

“I personally think this talk of £100 million, I think Villa would ask for quite a bit more than that, which I don’t think City would pay, so yeah, I’m not worried at the moment.”

Grealish made his senior debut for the Villans back in 2014 under former manager Paul Lambert in a 4-0 defeat against Manchester City.

Since then, the 25-year-old, who is currently valued at £58.5 million, has made a total of 213 appearances for Villa across all competitions, in which he has managed to score 32 goals and provide 43 assists in the process (per Transfermarkt).

Taking into account how Grealish’s current contract at Villa doesn’t expire until 2025, it certainly would seem that it would only take a significant transfer fee from City or any other interested club to sign the Englishman this summer.

Are you confident Grealish will be a Villa player next season? 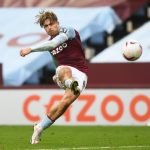 Also, with City’s transfer record being the reported £68.4 million they paid for Kevin De Bruyne according to Transfermarkt, it feels, in our view, that Pep Guardiola’s side would have to spend more than that to get Grealish.

With Guardiola also previously stating that City may not be able to spend a significant amount of money this summer, it’s understandable why O’Regan is not too concerned about Grealish making a move to the Etihad Stadium ahead of the new season.

In other news: ‘Fingers crossed’ – Aston Villa ace who fans have ‘written’ off tipped to potentially come good