Recent reports have suggested that the 28-year-old is currently training with Wayne Rooney’s men, having been without a club for a few months following his release from Dutch club ADO Den Haag back in January.

The former Manchester United youth player has bounced around a lot in his career, failing to live up to the hype that was cast upon him when he was coming through the ranks at Old Trafford, where he was a teammate of Rooney’s.

And speaking about the matter on TalkSport (1:21), Jordan blasted the decision by the Rams to bring him on board, and suggested that his past history doesn’t give much credence to the idea that he might suddenly come good at Pride Park:

“Ravel Morrison is 28 years of age. He’s had 12 clubs, over 11 years, played 98 games. The clue is in the statistics. If you’ve played 98 games for 12 clubs over 11 years, scored 15 goals a had people talk about you in the most glowing terms like Rooney, I think Sam Allardyce spoke about him in ability terms, but also talked about this lack of professionalism.

“I don’t think the penny has dropped. If it hasn’t got at 28 or 26, it’s never going to drop. At 28 now finding himself at a club with a manager, that to me is clueless.”

Will Morrison be a success at Derby? 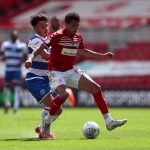 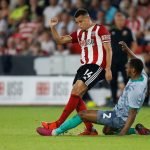 Jordan’s comments really do highlight just how badly Morrison’s career has gone, and it does make you wonder just how many more chances he is going to be given and if this is going to be the last chance saloon for him.

He’s in the Championship now where he has had some modicum of success in his career, and under a manager who has heaped enormous praise on him in the past and so hopefully will know how to get the best out of him.

Admittedly there isn’t much risk on Derby County’s end, he’s a free agent and only training with them, so if he doesn’t produce it will be easy for them to let him go. But for Morrison, you do wonder if it doesn’t work out here, will it work out anywhere?

In other news: ‘Another slog of a season ahead’, ‘This is desperation’ – Many Derby fans fume as news emerges