Many Celtic fans have been talking about the club’s potential move for former Tottenham man Andros Townsend.

Townsend was recently talking to TalkSport (via HITC) and was asked about his potential interest in moving to Celtic.

The winger claimed that he is open to everything and if a chance comes to move to Scotland, he wouldn’t turn it down, even if it means moving to another country. 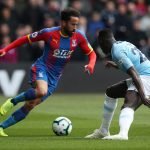 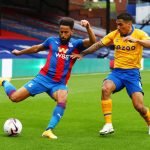 29-year-old Townsend’s contract at Crystal Palace expires at the end of June and he’ll be free to move to other clubs in the summer.

These comments from Townsend were relayed on Facebook by Celtic News Now. Many Bhoys fans made their views clear about the winger.

What did Celtic fans make of the comments from Townsend?

These Celtic fans are split about whether their club should sign Townsend or not, with one fan stating that signing him would be a statement of intent from the Bhoys.

This suggests that Celtic may not be able to afford Townsend’s wages and if he does want to join the club, he may have to take a wage cut.

In other news: ‘I’ve no doubt’ – Steve Clarke tipped to unleash Celtic man as ‘fantastic sub’