Many Celtic fans have been fuming at Neil Lennon after some of his comments recently emerged on social media.

BBC Sport Scotland recently posted a video involving Neil Lennon on Twitter and it had the ex-Celtic boss talking about Leigh Griffiths.

In the video, Lennon said that Griffiths let himself down when he wasn’t fit during pre-season. He stated that the striker was on full pay at Celtic during lockdown but he returned in a poor condition, even though the club had worked very hard of his fitness before.

Do these comments from Lennon anger you? 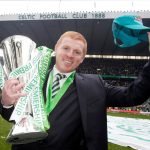 Lennon said that Griffiths was ‘way, way behind’ anyone else in terms of fitness and it was unacceptable to him.

This tweet from BBC Sport Scotland drew the attention of many Celtic fans, who were talking about what Lennon had to say.

What did Celtic fans make of the comments from Lennon?

“What did Lennon do as the manager to check in on a player with a history of mental health issues? Nothing? Ok cool… another excuse from Lennon on why nothing is his fault.“

“I just think this is bang out of order from Neil, Leigh when asked to put the boot in on Neil and Celtic said he wouldn’t. Neil has went right in on him. Reckon Neil needs to look at his own deficiencies before pilling in on players.“

“What is the story with Lennon digging bigger holes for himself and continually pointing the finger at everyone else.”

“Think it’s a bit rich of Neil Lennon to say Griff needs to stop talking about other players when Lennon has given numerous interviews about his failure last season and he hasn’t once taken any responsibility. Utter clown.“

“This is starting to get pathetic. Constant excuses, nobody willing to take responsibility for the shambles we had to put up with last season sums everything up. Yes,Griffiths turning up unfit is unacceptable but Lennon needs to stop being an egomaniac and take some accountability.”
Credit: @DMMacdonald96
“Embarrassing.”

These Celtic fans are angry at Lennon’s comments and some feel that he’s trying to deflect blame from himself.

It isn’t just Griffiths that Lennon had slammed publicly, he also criticised the whole squad following Celtic’s Champions League defeat to Ferencvaros. This clearly shows that Griffiths wasn’t the only one who was at the receiving end of criticism.

The season clearly turned out to be failure and because of his man-management, Lennon needs to perhaps accept his own faults around throwing many players under the bus.